Scorching heat baking Australia eased on Monday bringing relief from extreme bushfires, which destroyed around 180 houses and killed one person over the weekend, allowing firefighters to prepare for worsening conditions post-Christmas.

Melebourne: Scorching heat baking Australia eased on Monday bringing relief from extreme bushfires, which destroyed around 180 houses and killed one person over the weekend, allowing firefighters to prepare for worsening conditions post-Christmas.

Six people have now died in bushfires which have destroyed more than 3.7 million hectares (9.1 million acres) across five states. Potter Steve Harrison, 67, only survived a major blaze southwest of Sydney by crawling beneath a makeshift kiln as the flames passed over. Harrison stayed to defend his property in the town of Balmoral on Sunday but by the time he changed his mind it was too late to leave.

“I ran to my ute (truck) but my garden was already on fire, the driveway was on fire, the road was on fire so I couldn’t evacuate,” Harrison told the Australian Broadcasting Corp.

“The day before I had actually built myself a small kiln down the back — a coffin-sized kiln — just big enough for me to crawl inside,” he said. 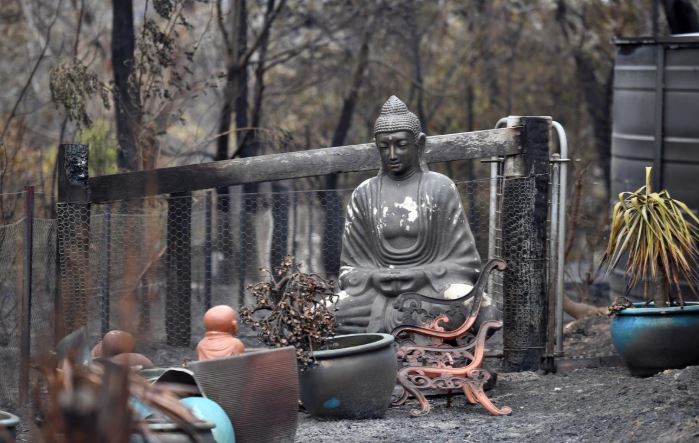 “I could have (died) if I hadn’t thought about plan B. In that little kiln enclosure I made, I had a fire extinguisher, a bucket of water, a drinking water bottle and a fire blanket.”

The town of Balmoral, population 400 and 150 houses, was virtually destroyed, the New South Wales (NSW) State Premier Gladys Berejiklian said. Australia has been fighting wildfires for months as hot, dry conditions brought about an early start to the fire season.Australia posted record temperatures over 41 degrees Celsius (105 Celsius) last week as an extreme heatwave swept across the country and a long-running drought in the country’s east has created tinder-dry conditions. Nearly 100 fires are burning across New South Wales state. 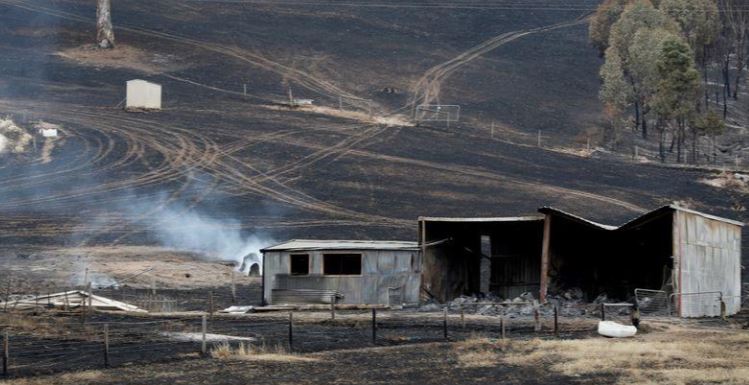 “Crews will continue their work today to identify and strengthen (fire) containment lines, with favorable conditions over coming days.”Temperatures are forecast to spike again in many states by the weekend, with the South Australian capital city of Adelaide forecast to reach 39 Celsius (102.2 Fahrenheit), according to the Bureau of Meteorology. Similar temperatures are expected in the Victorian city of Melbourne.In South Australia one person was confirmed dead in weekend fires and fire fighters were facing another tough day on Monday.

In the Adelaide Hills, a wine growing region where state authorities said 86 homes were destroyed, up to one third of the region’s vineyards were in the “burnout zone,” equivalent to 1,100 hectares of vines, said Jared Stringer, vice president of Adelaide Hills wine region.(Reuters)