Australian shares inched up on Thursday, mirroring regional gains after the U.S. Federal Reserve lowered interest rates as expected, but offered mixed signals on their next move, nudging markets to step cautiously.

Sydney: Australian shares inched up on Thursday, mirroring regional gains after the U.S. Federal Reserve lowered interest rates as expected, but offered mixed signals on their next move, nudging markets to step cautiously.

Fed Chair Jerome Powell said the central bank was prepared to be “aggressive” if necessary, but signalled a higher bar to further reductions, which would be based on data and the health of the economy.

“The U.S. Fed is moving just a little and is taking precautions, because if they move too quickly, they could have consequences the other way,” said Doug Symes, senior client adviser at Novus Capital. “And because of the conservative rhetoric, it leaves the market second guessing whether rates cuts have finished.”

The Australian benchmark was helped by a near 1% gain in the finiancial sub-index, with the “big four” banks all trading higher.

Investment bank Macquarie Group, which has a U.S.-revenue base, rose about 1.5% to its highest level since May 2.

Energy stocks recouped losses from the previous session and firmed about 0.2% as heightened Middle East tensions kept oil prices elevated after the attacks on refineries in Saudi Arabia.

Oil and gas heavyweights Santos Ltd and Oil Search each rose about 0.4%.

In the technology sector, the subindex was boosted by a 4% rise in software company Altium Ltd and Wisetech’s near 2% climb.

Bucking the trend, the mining sector was dragged lower by gold stocks, after the precious metal’s prices fell in light of the U.S. Fed’s mixed signals, with gold explorers Silver Lake Resources and Saracen Mineral as top losers. 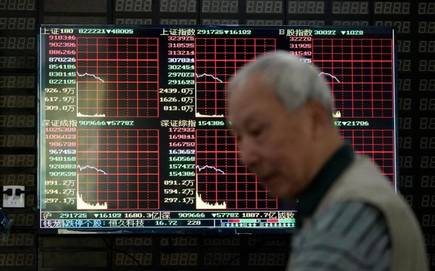 Miners were also hit by lower iron ore, which were dragged lower by increasing supply in China, while copper prices slipped as concern about demand and economic growth dominated sentiment.

Fuel distributor Z Energy climbed as much as 5.6% in its best session since late April, 2016, while NZX Ltd rose as much as 1.6%. (Reporting by Nikhil Subba in Bengaluru; Editing by Sam Holmes). (Reuters)