Bharatiya Janata Party candidate from Barrackpore Arjun Singh on Monday alleged that he was attacked and sustained injuries after he was attacked by supporters of Mamata Banerjee's Trinamool Congress near a village here.

Barrackpore: Bharatiya Janata Party candidate from Barrackpore Arjun Singh on Monday alleged that he was attacked and sustained injuries after he was attacked by supporters of Mamata Banerjee's Trinamool Congress near a village here.

"I was attacked by TMC goons while I was trying to talk with voters. It was a planned attack and I will report the matter to the Election Commission. TMC's hooligans are running unchecked in the state, my bleeding mouth is a proof of it," Singh said talking to reporters. 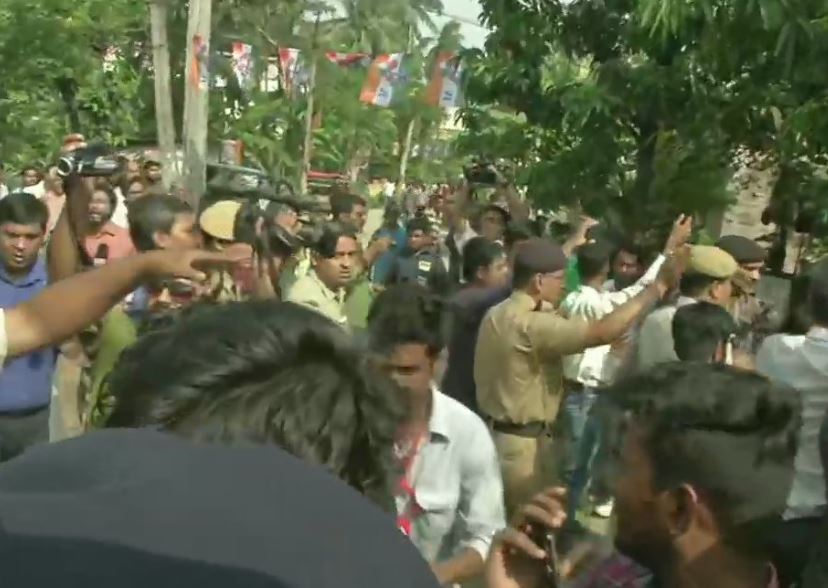 Slamming the ruling TMC, Singh said he was attacked by TMC goons who have been brought from outside. "Those people were scaring away our voters. I am injured," he said.

Meanwhile, voters in booth number 148 of Hajipur constituency in Bihar had to face problems as the Electronic Voting Machines (EVMs) developed problems leading to delay in the start of the voting process. The voters complained they had to stand for more than an hour due to the EVMs developing problems.

Raj Narayan Mahto, Presiding Officer (PO) of booth 148, however, said that the EVM had developed some glitches which were resolved in an hour and the voting process could begin soon.

"There was some problem with the EVM which we tried to solve but it took longer than usual. The machines do not need to be changed as the problems have now been sorted, voting will resume in a few minutes," said Mahto said. 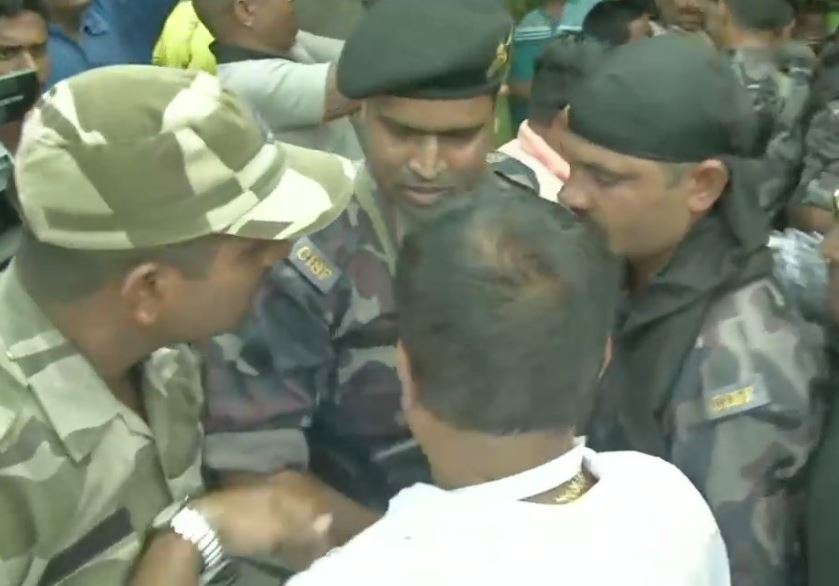 A voting glitch was also reported from booths in West Bengal's Howrah, reportedly after glitches in EVMs and VVPATs.

Voting in West Bengal is being held for seven out of the 42 Lok Sabha constituencies in the state. Hooghly, Sreerampore, Arambagh, Howrah Uluberia, Barrackpore and Bongaoan are voting in the fifth phase. These constituencies are spread across three districts of south Bengal -- Hooghly, Howrah and North 24 Parganas. Polling has already been held in 18 seats of the state in the past four phases.

Politics: Clash breaks out between TMC, BJP workers in Bhabanipur

Anti-BJP posters surface ahead of Shah's rally in Kolkata