The first installment of Ayan Mukerji's much-anticipated "Brahmastra" trilogy finally has a release date and it is December 4, 2020.

Mumbai: The first installment of Ayan Mukerji's much-anticipated "Brahmastra" trilogy finally has a release date and it is December 4, 2020.

The announcement was made by the cast in a funny video that was shared by Alia on Instagram.

In the clip, recorded by Alia, Ranbir is seen gruelling Ayan about the delays in the film and incessantly asking the director about the film's final release date.

Bachchan is also present in the video but he only reacts when Ayan says that he has a release date for "Brahmastra" part one and that is December 4, 2020. 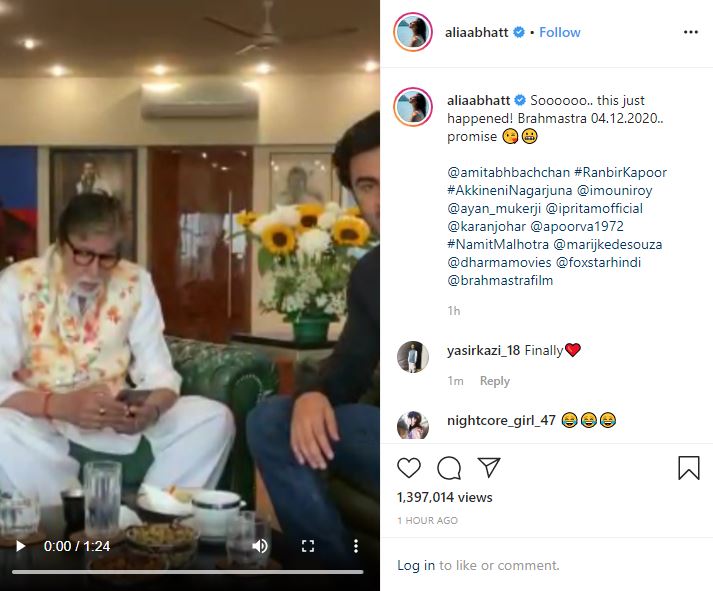 The megastar also shared the news on Twitter, saying, "'Brahmastra'.. coming to cinemas on 4/12/20 and Ayan is not allowed to change it now!"

The movie was earlier set to come out in December 2019 but Ayan had postponed it to summer 2020, saying he needed more time in order to get the film's VFX right. (PTI)

Bollywood: Ranbir-Alia starrer 'Brahmastra' trailer to be unveiled on 15 June

Alia Bhatt's first look from 'Brahmastra' unveiled on her birthday