Congress party has started their protest outside Central Bureau of Investigation offices across India demanding the reinstatement of the premier investigative agency's director Alok Verma. 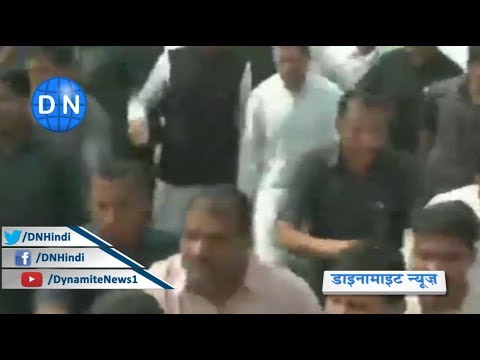 New Delhi: Stepping up their attack against the National Democratic Alliance (NDA) government, the Congress party has started their protest outside Central Bureau of Investigation (CBI) offices across India demanding the reinstatement of the premier investigative agency's director Alok Verma.

The party is also demanding an apology from Prime Minister Narendra Modi for allegedly destroying the image of the investigative agency.

The Congress has termed the Centre's move to send Verma on leave as a disgraceful attempt to prevent an investigation into the alleged Rafale scam.

The Congress leaders, along with their party workers, are marching from Dayal Singh College on Lodhi Road to the CBI headquarters at JLN marg here.

In Lucknow, Uttar Pradesh Congress Committee (UPCC) chief Raj Babbar led a protest against the Centre. Similarly, in Bihar the Congress workers took to streets expressing angst over the decision to send Verma on leave. (ANI)