Chile President Sebastian Pinera declared a state of emergency in the capital Santiago following violent protests over an increase in the price of metro tickets.

Santiag: Chile President Sebastian Pinera declared a state of emergency in the capital Santiago on Friday night following violent protests over an increase in the price of metro tickets.

"I have declared a state of emergency and, to that end, I have appointed Major General Javier Iturriaga del Campo as head of national defence, in accordance with the provisions of our state of emergency legislation," Al Jazeera quoted Pinera as saying. 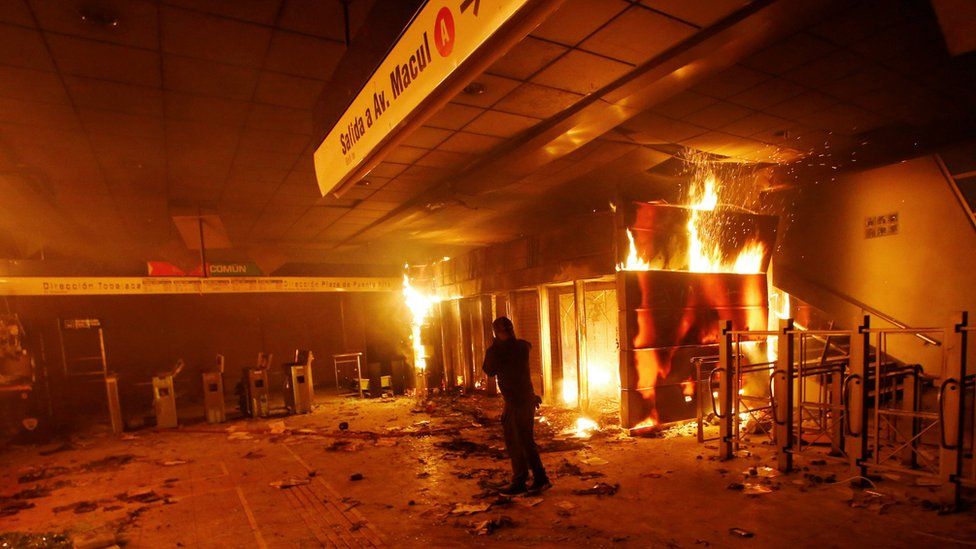 Protests broke out in the South American nation after the government announced a hike in metro ticket prices, from 800 to 830 peso ($1.17) for peak hour travel.Protestors clashed with riot police in several parts of the city and the subway system was shut after attacks.The rioters also set fire to the company's high-rise corporate headquarters in the city centre.

"The entire network is closed due to riots and destruction that prevent the minimum security conditions for passengers and workers," the metro operator said on Twitter, after attacks against nearly all the 164 stations where many gates and turnstiles were destroyed.

Pinera said the protesters were criminals. "This desire to break everything is not a protest, it's criminal," he said in a radio interview. (ANI)

Trump hopes U.S.-China trade deal will be signed by middle of November