Indian wrestler Deepak Punia has withdrawn from the final of the World Wrestling Championship with an ankle injury.

Nur-Sultan [Kazakhstan]: Indian wrestler Deepak Punia has withdrawn from the final of the World Wrestling Championship with an ankle injury.

"I am a bit disappointed that I can't fight for gold but I am happy with my overall performance here. I will work hard and the aim is to win a medal in the Olympics," Deepak said on Sunday.

Deepak was scheduled to face Iran's Hassan Yazdani in the finals in the 86-Kg category. Now, he has to settle with a silver medal. 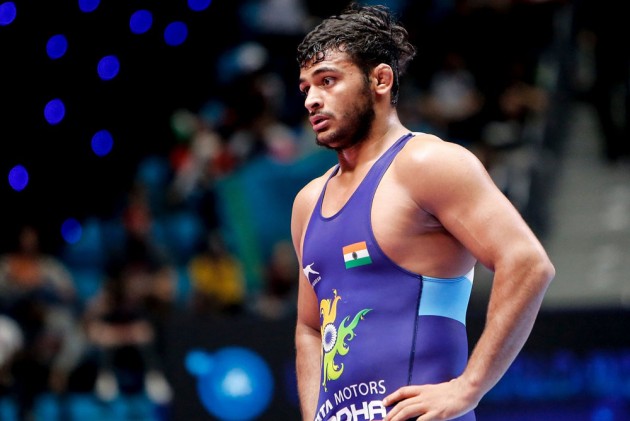 The pugilist on Saturday reached the finals of the World Wrestling Championship after defeating Swiss grappler Stefan Reichmuth by 8-2.

Earlier, Deepak secured an Olympic berth after he entered the semi-finals of the tournament. He had defeated Colombia's Carlos Izquierdo 7-6 to enter the semi-finals.

Top 10 headlines of the day: National, International, Politics and Entertainment

Top 10 Headlines of the day: Politics, National and COVID-19 Pandemic