The road to the final has become difficult but Delhi Capitals have the means to drive their way through the obstacles, starting with the IPL eliminator against Sunrisers Hyderabad here Wednesday.


Visakhapatnam: The road to the final has become difficult but Delhi Capitals have the means to drive their way through the obstacles, starting with the IPL eliminator against Sunrisers Hyderabad here Wednesday.

Re-branded before the start of the 12th season of the Indian Premier League, Delhi Capitals have been one of the top sides in this edition, playing cricket never seen before from them.

It is a bit harsh on Delhi Capitals that they are playing the do-or-die game despite securing 18 points after nine wins and five losses from 14 matches. 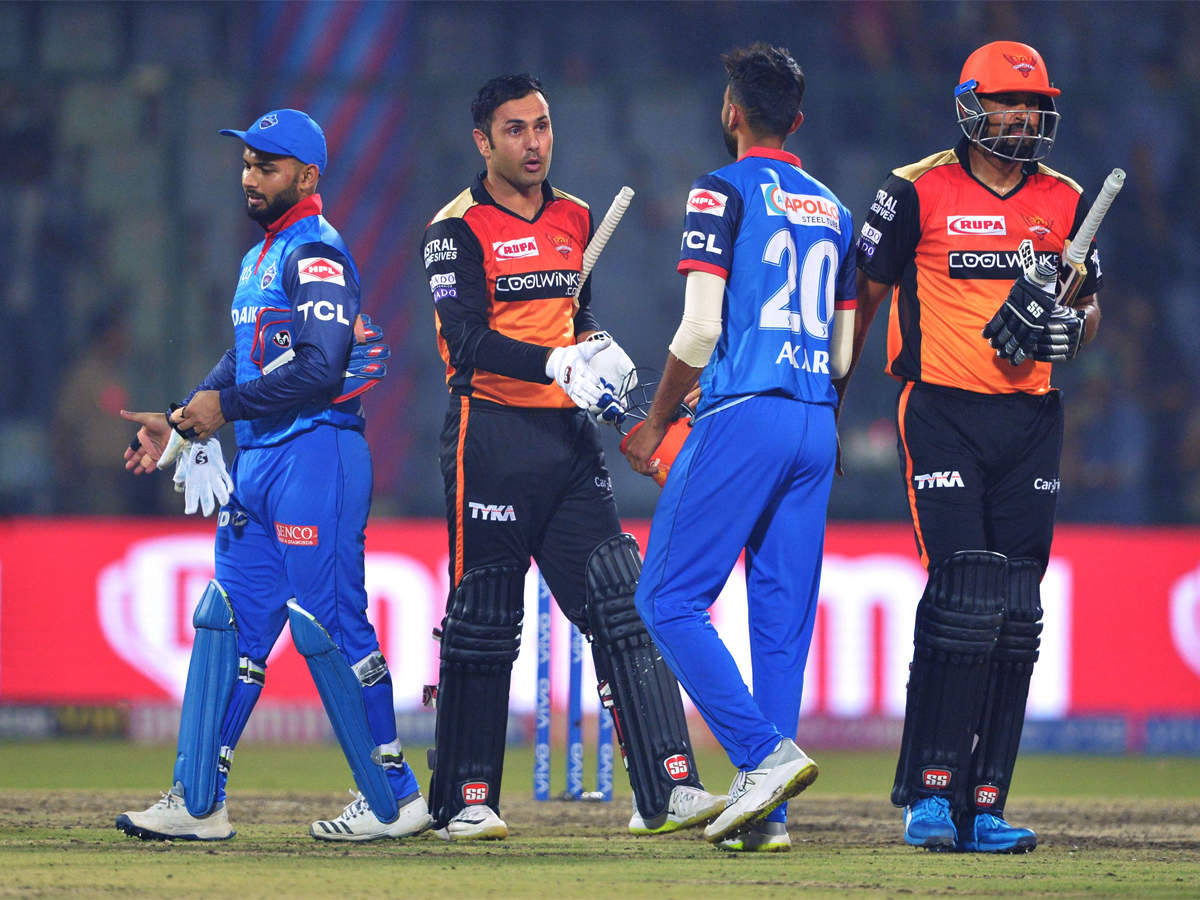 Despite winning three matches more than Hyderabad, severely weakened by the departure of David Warner and Jonny Bairstow for their World Cup national camps, DC find themselves in the same boat as SRH and a defeat will knock them out of the league.

The big loss to Chennai Super Kings hurt them a lot.

For a while before that drubbing, DC battled for the top spot with three-time winners Chennai Super Kings and Mumbai Indians before finishing third at the end of league engagements.

Delhi Capitals have never reached the IPL final, never made the top-two, and ventured into the top-four for the first time since 2012.

Considering the results and consistency, it seemed DC's search for that elusive winning combination has finally ended, which brought the smiles back on the faces of fans after years of disappointment.

There have been the failures too. After a dominant start against Mumbai, Delhi went down to CSK, suffered one of their worst collapses ever against Kings XI Punjab and lost a home game to SRH.

Things turned around after the SRH game and Delhi emerged as one of the best teams on the road this season.

Picked in the trading window, India opener Shikhar Dhawan lived up to the expectations of the team management and franchise, scoring over 450 runs.

After 2013, we've made it to the playoffs for the 4⃣th consecutive season! ?

Along with the young Prithvi Shaw, the experienced Dhawan formed a fine opening combination, and scored briskly in the powerplay overs.

Skipper Shreyas Iyer (over 400 runs) showed immense maturity while leading the side and also played some substantial knocks.

Ignored from the World Cup squad at the expense of Dinesh Karthik, Rishabh Pant has proved his worth in the side with his handy cameos at crucial junctures.

Delhi were also helped by the presence of two of cricket's greatest brains Ricky Ponting and Sourav Ganguly.

They will miss the services of pace spearhead Kagiso Rabada but DC have enough firepower in bowling to surprise SRH, who became the first team in IPL history to qualify for the playoffs with 12 points.

While the duo of Warner and Bairstow played a pivotal role in SRH's performances and dominated the powerplay better than other teams, the likes of Manish Pandey stepped in after they left to be with their respective national teams.

In Kane Williamson, SRH have a dependable captain and he will expect a little more from his New Zealand team-mate Martin Guptill.

Also Read: We are believing we can win IPL, says Shreyas Iyer

It will be another opportunity for Vijay Shankar to make a mark before flying to the United Kingdom for the World Cup.