A low-intensity explosion took place near the Israel Embassy in Delhi, nature of explosion being ascertained. Full details on Dynamite News. 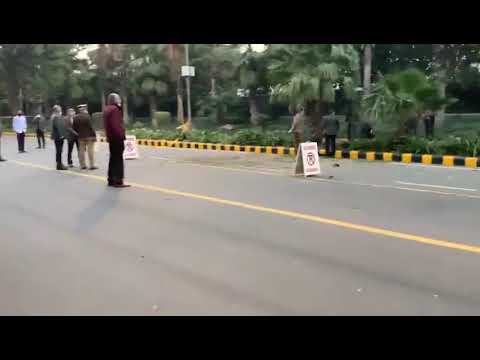 New Delhi: A blast took place near the Israeli embassy in Delhi on Friday evening. Windscreens of several cars were damaged in the explosion.

Reports said no one was injured in the incident. Senior Delhi Police officials are at the site of the explosion and the area has been cordoned off.

A fire brigade official told the media that a call was received around 5.45 pm about a blast. “Three cars were damaged (in the incident). No one injured,” the official said.

The nature of the explosion is yet to be ascertained.