Delhi and other parts of northwest India have not seen much rainfall over the last few days as the monsoon trough continues to be over central parts of the country. Full story on Dynamite News:

New Delhi: Cloudy weather and strong surface winds are predicted in the city on Thursday while light to moderate rainfall is likely in the capital for a few days from Saturday, forecasting agencies have said.

The Safdarjung Observatory, Delhi's primary weather station, recorded a minimum temperature of 28 degrees Celsius, a notch above normal for this time of the year.

The maximum temperature is likely to settle around 35 degrees Celsius.

Delhi and other parts of northwest India have not seen much rainfall over the last few days as the monsoon trough continues to be over central parts of the country. 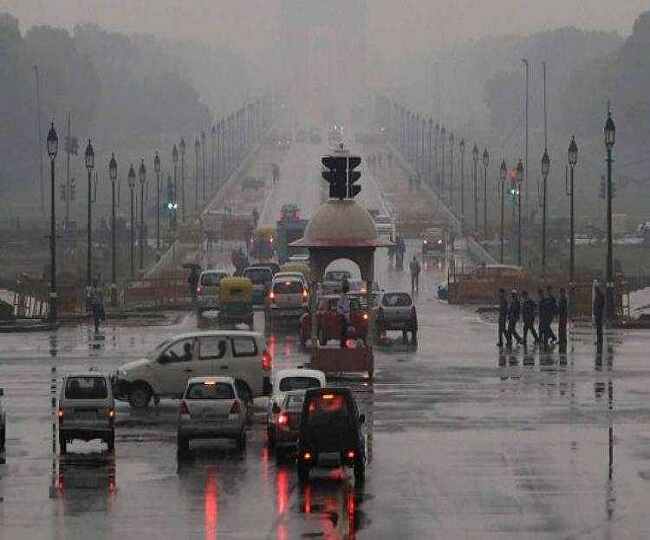 The trough will shift towards the north for a brief period and may lead to light to moderate rainfall in Delhi and other areas Saturday onwards. Only marginal relief is expected, said Mahesh Palawat, vice president (meteorology and climate change), Skymet Weather.

Thereafter, it is likely to weaken due to the development of a cyclonic circulation over the northwest Bay of Bengal which is predicted to intensify into a low-pressure area.

Models show that this low-pressure area is likely to move northwestwards across Uttar Pradesh, pulling the monsoon trough towards it. This may yield a fresh spell of rainfall in Delhi, Punjab, Haryana, Uttar Pradesh and Bihar, Palawat said.

After surplus rains in July, the Safdarjung Observatory has recorded just 20.1 mm of rainfall so far in August against a normal of 76.6 mm.

Overall, it has logged 330.9 mm of precipitation against a normal of 360.4mm since June 1, when the monsoon season starts.

Barring two -- northeast Delhi and west Delhi -- all other districts have recorded normal rainfall this monsoon season so far. (PTI)