People residing in the national capital breathed easy on Wednesday after the air quality showed slight improvement due to increased wind speed and requisite control measures undertaken by the government.

Delhi: People residing in the national capital breathed easy on Wednesday after the air quality showed slight improvement due to increased wind speed and requisite control measures undertaken by the government.

The overall Air Quality Index of Delhi at 8:30 am was recorded at 320, which falls under the 'very poor' category, said System of Air Quality and Weather Forecasting And Research (SAFAR).

Also Read: Private vehicles may be banned if air quality worsens in Delhi The haze will continue to persist during the early morning and late evenings for the next three days.

"The new trend in Delhi to disperse pollutants much faster from one extreme as compared to last year (has been) witnessed in this winter, which means that accumulated pollutants are getting more free path than earlier. It implies that local air is relatively transparent with less suspended dust and fossil fuel mass, which may be an indicator of positive control measures," SAFAR added.

The Centre-run Environment Pollution Control Authority (EPCA), had issued a notification predicting that there will be a depletion of air quality post Diwali period from (November 8 to November 10) due to the low dispersion and winds from the northwest part of India, which will result in increase emission levels in and around Delhi and National Capital Region.

In order to combat the rising air pollution crisis, former Indian Medical Association (IMA) president KK Aggarwal on Tuesday suggested that people must avoid burning of candles and any other products which produce smoke and keeps medicine handy if suffering from Asthma, diabetes and any other respiratory diseases.

Aggrawal further noted that usage of green crackers as recommended by the Supreme Court can help decrease air pollution, but cannot eradicate.

"Green cracker is a cracker. By using these sought of crackers you can only reduce the effects of pollution but cannot eradicate air pollution. At present, we need total elimination of the harmful effects of air pollution," he added. 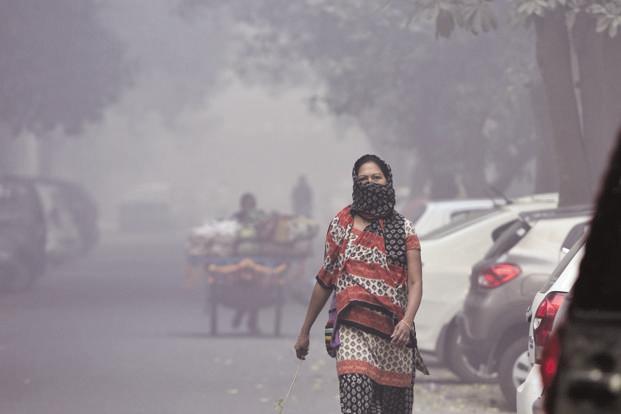 Increasing toxicity in the air across India had promoted the top court to come up with immediate measures to curb the menace. On October 31, the division bench of the Supreme Court, headed by Justice Arjan Kumar Sikri, fixed the time hours from 8 pm and 10 pm on Diwali for burning crackers and also issued guidelines on the majority of the aspect of the festival.

From partially banning fireworks to set the time limit on the bursting of crackers, the court has issued guidelines on almost every aspect of the festival. The decision from the court came on a clutch of petitions on the behalf of three minors seeking a ban on the sale of firecrackers and manufacturing in an attempt to protect their health. (ANI)

Delhi pollution: All schools to remain closed till Sunday