"We get along great. We have a fantastic relationship, I love Australia, I always have," reported the New York Times quoting Trump.

"We get along great. We have a fantastic relationship, I love Australia, I always have," reported the New York Times quoting Trump.

The two leaders attended a dinner aboard the Intrepid, which is now turned into a museum docked in the Hudson River. 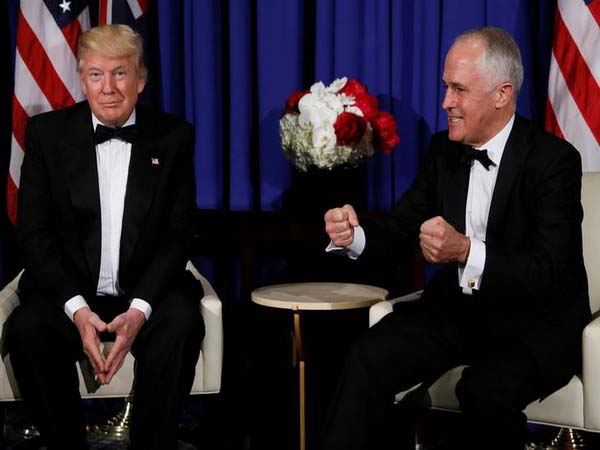 Earlier in February, Trump abruptly ended a phone call with Turnbull as things got heated between the two leaders over the former's objection to an agreement about the U.S. receiving refugees.

According to CNN, Trump's apparent dispute with Turnbull came on the same day that he held phone calls with four other world leaders including Russian President Vladimir Putin.

The disagreement came as the two leaders discussed an agreement, reached under the Barack Obama administration, for the US to accept refugees from Australia who are living on islands in detention centers off the mainland due to strict government policies. Many of them are from the seven countries affected by Trump's travel ban.

According to sources, the U.S. President insisted that it was a very bad deal for Washington to take 2,000 refugees and that one of them was going to be the next Boston bomber.

Turnbull repeatedly told Trump that the agreement was for 1,250 refugees, not 2,000. He also said Australia was asking to submit them to the U.S. for refugee screening and if the refugees did not pass the screening process, they would not come. (ANI)