New Delhi [India]:   Asian Games 2018 gold medallist and Indian's Divij Sharan got married to British tennis player Samantha Murray. Sharan on Sunday shared the news with his fans on Twitter, revealing the two are hitched. "My best partner @SamMurray87 #SamAndDivHitched #PerfectMatch #SamWedsDivijPart1," Sharan wrote alongside a photo from their wedding. 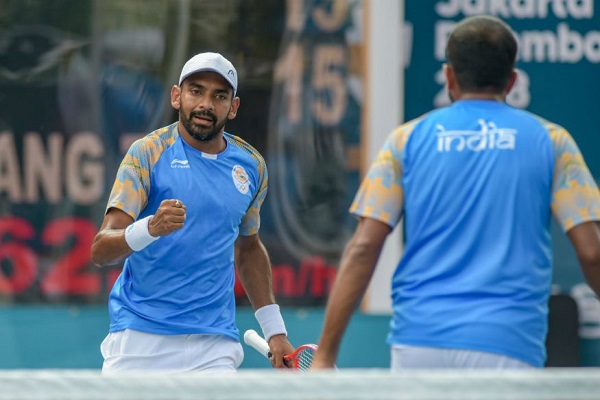 Sharan and China's Yingying Duan were handed defeat at the hands of British duo of Eden Silva and Evan Hoyt in straight sets of mixed doubles in the second round of the Wimbledon.