Has BJP played a big game by offering CM post to Eknath Shinde? Is it BJP's strategy or was it a precondition of Shinde for the CM chair? An exclusive analysis by Manoj Tibrewal Akash, Editor-in-Chief of Dynamite News 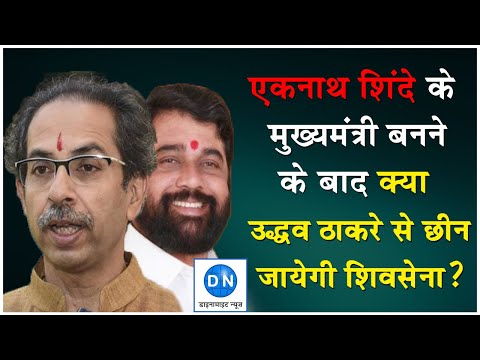 Mumbai: Eknath Shinde, who forced the MVA govt led by Uddhav Thackeray to fall, will be the new Chief Minister of Maharashtra.

This was announced by BJP leader Devendra Fadnavis in a press conference. The announcement left everybody spellbound and proved all political pundits wrong.

Now the picture of Maharashtra politics is gradually becoming clear but the buzz is who will hold the reins of Shiv Sena?

At present Uddhav Thackeray, who has resigned as CM, is the supremo of Shiv Sena. However designate CM Eknath Shinde, who had rebelled against Shiv Sena, is making his claim on Shiv Sena on the basis of more than 2/3 Sena MLAs with him.

The claims and counter claims on Shiv Sena  by both Uddhav and Shinde camps are already in the air. But, the big question is: In whose favour the pendulum would move?

Will CM Eknath Shinde and his group, with the support of BJP, overshadow Uddhav Thackeray camp? In fact there lies a big challenge before Uddhav Thackeray to sustain the claim on Shiv Sena.

Maharashtra Turmoil: 'Had suspected this... we were backstabbed by our own’, says Uddhav Thackeray on rebellion in Shiv Sena