DN Exclusive: Who is responsible for Maharashtra crisis? 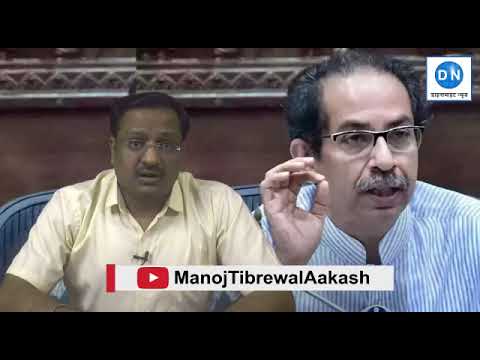 Mumbai: After the Shiv Sena MLAs rebelled, the political crisis in Maharashtra seems to be dissolution of State Legislative Assembly.

In the admist of the setback, the big question arises that who will be the responsible for the dissolution of Maharashtra crisis.

Shiv Sena's rebel leader Eknath Shinde along with other MLAs first reached to Surat in Gujarat on Tuesday. On Wednesday morning, Shinde head to Guwahati fron Surat along with his 40 MLAs.

Shinde kept moving here and there with the rebel MLAs, but as CM Uddhav Thackeray could not be aware of this in the beginning nor could he be successful in controlling this situation. That's why CM Thackeray is the first to stand in the dock for all these political reasons, who seem to be failing to save his government.

Significantly, the strength of the ruling Maharashtra Vikas Aghadi in Maharashtra is currently 169, which includes 56 MLAs of Shiv Sena, 53 of NCP and 44 of Congress. If Shiv Sena's 35 MLAs split, the number of members of this alliance will come down to 134, while 144 members will be needed for a majority in the 287-member Assembly.