Campaign representatives - including conservative commentators, a former “Apprentice” contestant, a beauty pageant winner, and campaign and White House staff – tried to persuade women at gatherings in 13 states including Pennsylvania, Florida and Ohio to talk openly about their support for Trump and encourage others to do the same.

Jessie Jane Duff, a member of the advisory board for the Trump campaign’s women coalition, told about 100 mostly white women packed into the basement of the Fairfax County Republican Party headquarters in Virginia that “the greatest threat to Democrats are right here. Women.”

But some women at the Fairfax event, which drew professors, retirees and a software engineer, said they often refrain from discussing their support for Trump because they fear being seen differently in the workplace. 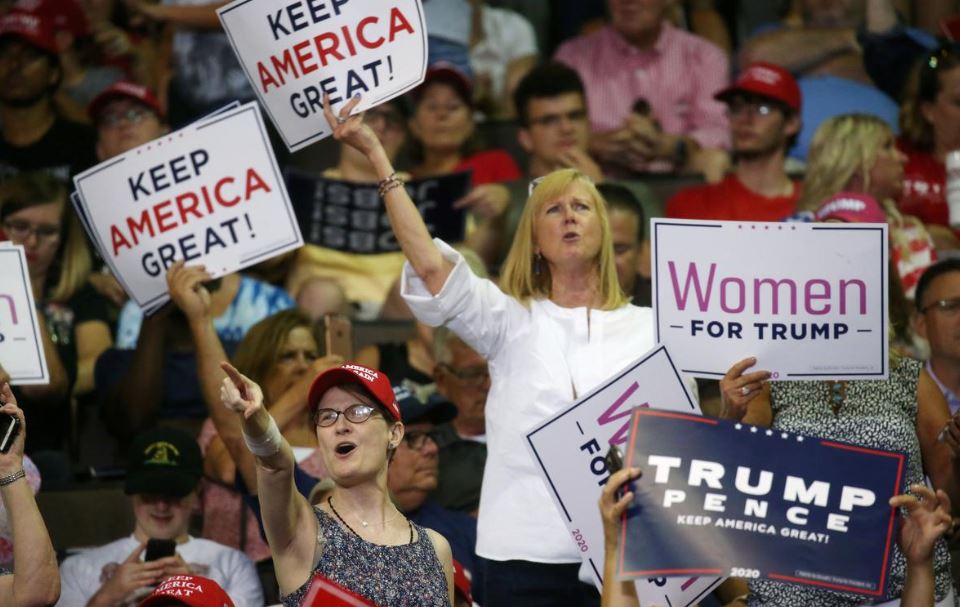 A woman named Sydney, a law student at a university in Washington who did not want to give her full name, said she supported the president’s policies even if he sometimes was too brash. Some of her classmates have been afraid to voice their opinions at school because of criticism from liberal students, she added.

The latest Reuters/Ipsos poll, conducted this week, shows 39% of women approve of Trump’s performance in office and 56% disapprove. The numbers have hovered at these levels for a year. 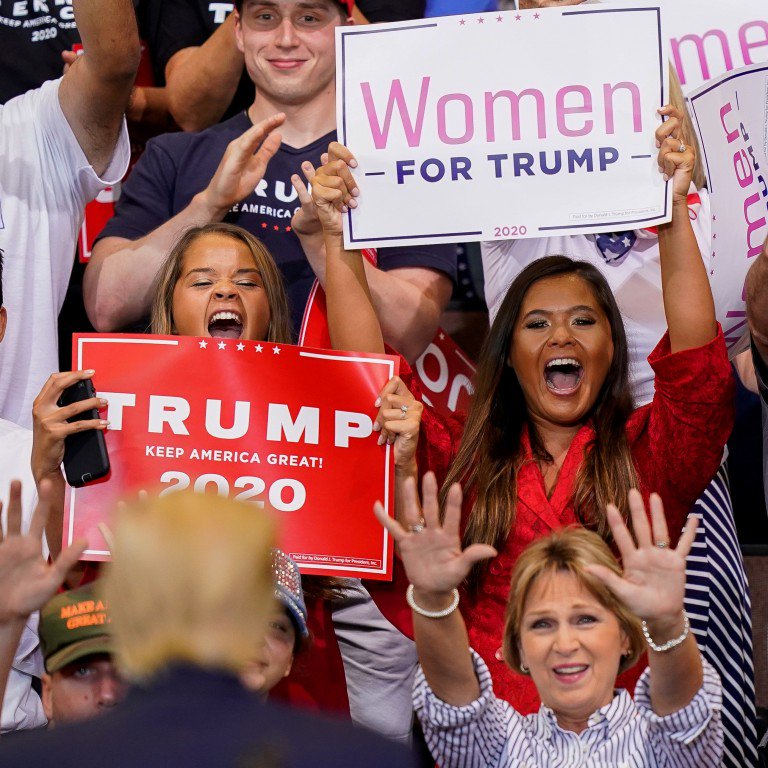 Erin Perrine, a deputy press secretary for Trump, said the numbers did not reflect the true level of support for the president among women. She noted, for example, that 51% of his donors in the latest quarter were women.

“We all know about the silent Trump supporter,” said Perrine said, who was scheduled to host an event in North Carolina.

“We want to empower women to share their stories about why they support President Trump and help bring more supporters into the fold.”

‘KEEPS HIS WORD’
The events, which coincide with the 99th anniversary of women suffrage, were put together in part by the Trump Victory Leadership Initiative, a grassroots arm of the campaign that will target key demographic groups in the months leading up to the November 2020 election.

Speakers in Fairfax highlighted Trump’s economic record and how he has kept his promises on issues like immigration and healthcare.

“This president keeps his word,” said Penny Nance, another “Women for Trump” advisory board member.

While Trump’s efforts to build a wall on the U.S.-Mexican border have stalled, he has persisted in a controversial crack down on immigration, including separating families.

A promise to lower prescription drug plans has not been met, and his hope of riding a strong economy into 2020 is facing headwinds from signs a recession may be looming.

Trump has had a checkered history with women, from messy divorces and allegations of sexual harassment to a video that came out during his 2016 election campaign that showed him bragging about how his money and power allowed him to “grab” women anywhere he liked. 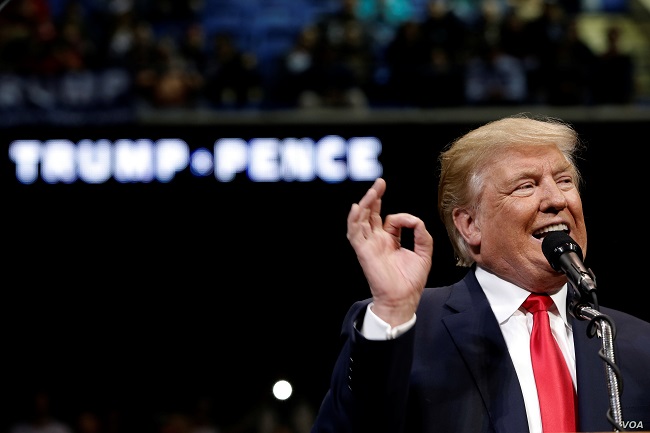 In 2016, women overall favored Democrat Hillary Clinton, the first woman nominated for president by a major party, by roughly a 12-point margin over Trump. White women in particular ended up voting for Trump by nearly the same margin, exit polls showed.

Tana Goertz, who competed on Trump’s reality television show “Apprentice” more than a decade ago and was set to host an event in Iowa, said voter contact would be key to winning.

“Yes, I am going to motivate them and give them techniques, but I am also get them registration information, other data and help turn them out,” said Goertz, who is now a Trump campaign staffer. (Reuters)

Do not fall for Obama's video message, its fake!