When the most credible and trusted Dynamite News, published the story about the appointment of a permanent DGP in Uttar Pradesh on Sunday, it became a hot topic of discussion in the power corridors. Right from Leader of Opposition in the State Assembly Akhilesh Yadav to many others shared this news on their Twitter and Facebook accounts. An exclusive report:

New Delhi: Dynamite News, which has created its own place in the world of news, has once again proved its popularity and credibility. On Sunday, when Dynamite News published the news of the ongoing tussle between Delhi and Lucknow over the appointment of a permanent DGP in Uttar Pradesh, it became a hot topic of discussion in the power corridors.

The headline of the news was 'True Face Of Double Engine Government: Lack of mutual coordination, bureaucracy in confusion, tussle between Delhi and Lucknow over the new DGP appointment'. 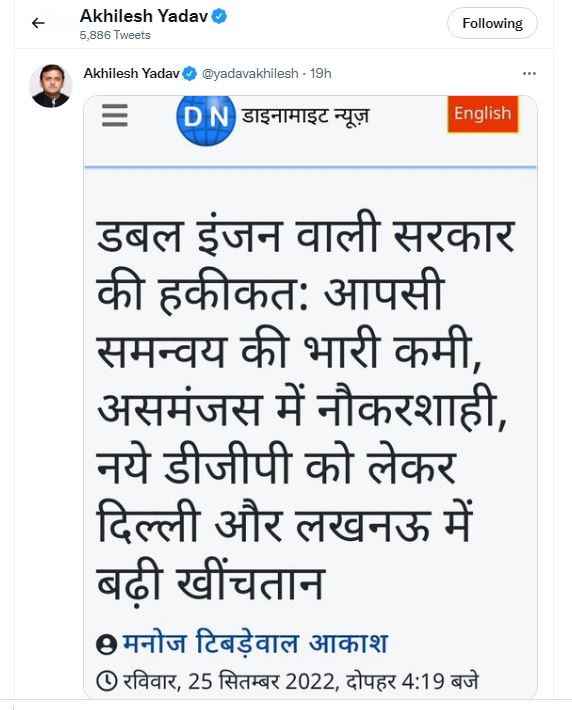 Like all other news, this story too sent ripples in the power corroders and political circles of the state. Former UP Chief Minister and Leader of Opposition Akhilesh Yadav also shared this news on his verified Twitter and Facebook accounts.

Besides, many others shared the same story on their respective social media accounts.