The by-election to Thiruvarur Assembly constituency which was slated for January 28 has been cancelled by the Election Commission at the request of the Tamil Nadu government and the district administration (Thiruvarur) who are pre-occupied with the relief and rehabilitation after cyclone 'Gaja.

Chennai: The by-election to Thiruvarur Assembly constituency which was slated for January 28 has been cancelled by the Election Commission at the request of the Tamil Nadugovernment and the district administration (Thiruvarur) who are pre-occupied with the relief and rehabilitation after cyclone 'Gaja

The Commission's communication in this regard was sent to Tamil Nadu Chief Electoral Officer Satyabrata Sahu on Sunday night.

As a consequence of the cancellation of the notification, actions and steps taken by the Returning Officer for 168-Thiruvarur Assembly constituency were "declared null and void." 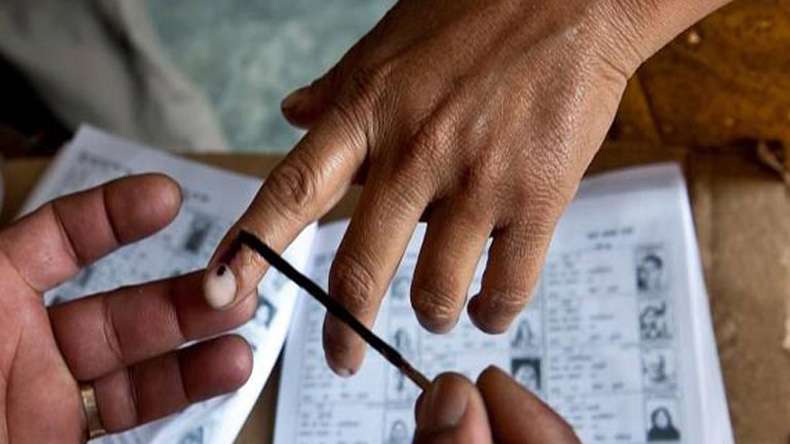 Political parties had asked the Commission not to conduct the by-polls now since the restoration and rehabilitation works are going on Thiruvarur, which was one of the districts worst affected by cyclone 'Gaja'. A total of 12 districts in the state were affected by the cyclone.

Communist Party of India's (CPI) national secretary D Raja gave a petition to the Commission to defer the by-election since relief works are underway in Thiruvarur. Two petitions were also filed regarding the before the Supreme Court.  Following which the Election Commission sought a report from the Tamil Nadu CEO on the 'situation' prevailing in Thiruvarur constituency.

In turn, the CEO had sought a report from the Thiruvarur District Collector and District Election Officer convened an all party meeting on Saturday. In the meeting, the representatives of AIADMK, DMK, Congress and CPM have urged the Election Commission to defer the by-election. Based on this, the Tamil Nadu CEO has sent a report to the Election Commission of India on Saturday evening.

A vacancy arose in the State Legislative Assembly of Tamil Nadu from 168-Thiruvarur Assembly Constituency with effect from August 7, 2018, after the demise of M Karunanidhi.

As per section 151A of the Representation of People Act 1951, the by-election to fill the vacancy is required to be held within a period of six months, i.e. by February 6, 2019.(ANI)

Election to 3 Rajya Sabha seats from Delhi on Jan 16

EC tells Par panel: We do not support state funding of polls

By-election in RK Nagar to be held on December 21