Roger Federer on Thursday avenged his Wimbledon loss as he defeated Serbia's Novak Djokovic to reach the semi-finals of the ongoing ATP Finals tournament.

Federer outclassed Djokovic 6-4, 6-3 and this win helped the veteran to end his five-match losing streak against the world number two, Association of Tennis Professionals (ATP) reported.

"The ghosts were never really there. There were some press guys that made that up. So from my standpoint, I also didn't know I hadn't beaten him in a few years, actually. Didn't feel that way because it was so close in Paris 2018 and in Wimbledon against him," ATPtour.com quoted Federer as saying.

"I felt like I was going to have my chance, to be quite honest. I am just happy at the level I could play today, and obviously it's always special beating Novak, even more so because of what happened. But I didn't feel like I had to get rid of the ghosts or anything like that. I feel like I moved on pretty quickly after that," he added. 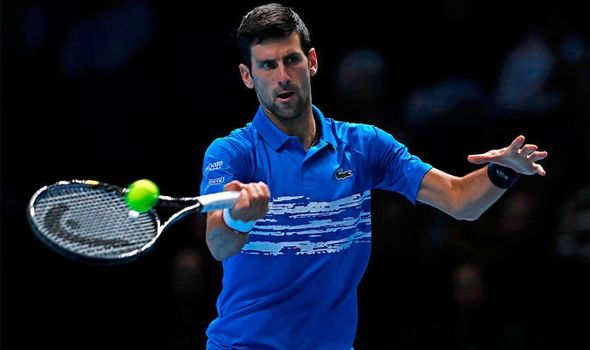 Federer will next take on the winner of Group Andre Agassi in the semi-finals of the tournament.

With this win, the 38-year-old sailed into his 16th semi-final at the event. Djokovic needed to win the tournament to have a chance to knock Rafael Nadal off the top spot, but with the loss, Nadal is now guaranteed his number one finish at the top spot.