Fire breaks out in four chemical factories in Naraina

No casualty has been reported so far, he said.

Thirty fire tenders were rushed to the spot after a call about the blaze was received at 11.35 am. 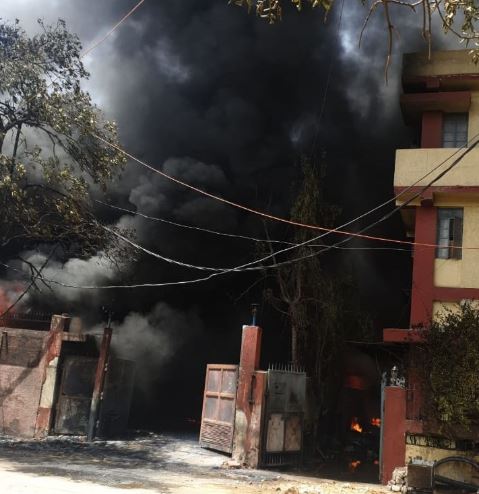 The officer said four factories are affected by the fire and fire fighting operations are underway.

The fire broke out in the factories behind Payal Cinema at the Naraina industrial area.

Delhi: Fire breaks out at factory in Peeragarhi, several trapped after building collapses

Fire breaks out at factory in Delhi's Samaypur Badli

Delhi: 3 women dead, 4 injured after fire breaks out in house

Fire at hotel basement in Delhi