The Uttar Pradesh government on Wednesday approved a hike in the prices of petrol and diesel, a state minister said. 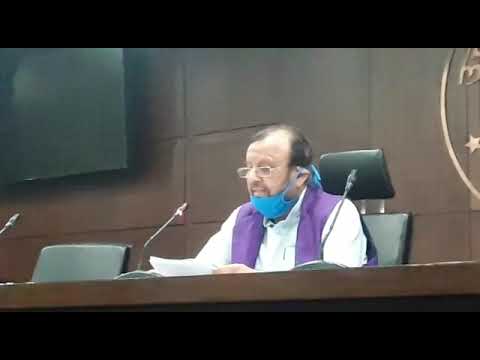 Lucknow: The Uttar Pradesh government on Wednesday approved a hike in the prices of petrol and diesel, a state minister said.

Briefing reporters after the state cabinet meeting here, Uttar Pradesh Finance minister Suresh Khanna said, "The UP government has increased the price of petrol by Rs 2 per litre, and that of diesel by Rs 1 per litre."

Also Read: Industries will be restarted in UP based on Union govt's guidelines, says Addl CS Awanish Awasthi

Due to unavailability of liquor amid #COVID19 lockdown, 3 people even consumed sanitizers, following which all 3 lost their lives. A case has been registered in Ghaziabad in the matter: UP Finance Minister Suresh Khanna pic.twitter.com/bwWIzwx53c

He added, "Petrol will now cost Rs 73.91 per litre in UP, while diesel will be available at Rs 63.86 per litre. The hiked prices will come into effect from midnight today."

The move follows the Centre's decision on Tuesday to increase excise duty on petrol by a record Rs 10 per litre and Rs 13 per litre for diesel. The hike, however, did not push up fuel prices as global oil prices have dropped to a nearly two-decade low.

The cash-strapped government will gain close to Rs 1.6 lakh crore in additional revenues this fiscal from a record increase in excise duty on petrol and diesel. (PTI)

Govt should find a solution: Mayawati on fuel price rise

Uttar Pradesh : Diesel price hiked by Rs 2.5, petrol by Re 1

Fuel Price in UNLOCK 1: Petrol, diesel price hiked by this much