"The Indian team goes out looking for early goals every time," said Harmanpreet, who scored three goals to give India a 4-1 victory over South Korea in their last league outing on Wednesday night.

India stayed on top of the league standings with 13 points from five outings. Their semi-final opponent will be determined after the last round of league matches tonight, although Malaysia, Pakistan and Japan have earned enough points to push South Korea and Oman out of the frame.

"The team is maintaining its structure and focused on retaining the title," said Harmanpreet, whose coach considers him as one of the ace penalty corner takers. 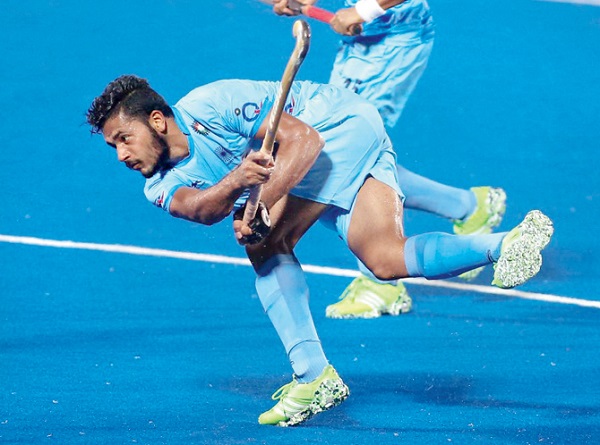 "The support from Indian fans here in Muscat has been wonderful,' said Harmanpreet, adding that Indian fans boost the morale of the team in all parts of the world. "The fan support is always a big boost for us."

Harmanpreet made a dramatic entry into international hockey when he made his debut in the 2016 Sultan Azlan Shah Cup in Ipoh (Malaysia) and went on to represent India in the Champions Trophy in London and the Olympic Games in Rio de Janeiro within a couple of months.

The spotlight has not left him since then. Coach Harendra Singh said Harmanpreet had developed into an excellent drag-flicker. "Harmanpreet is one of the best penalty corner shooters in the game today," said Harendra, who wants the strikers to earn more penalty corners so that India's strength in that can also transform into goals. 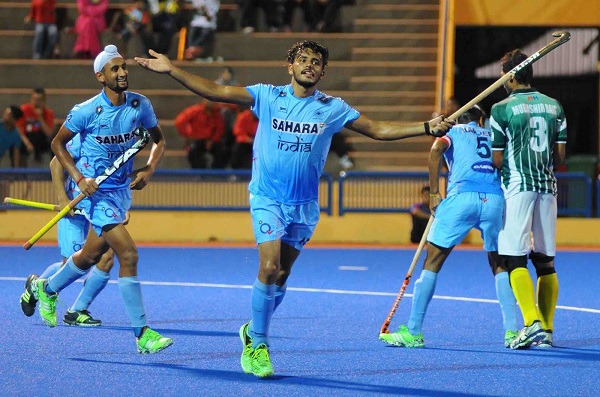 "We have the ability to score both with direct penalty corner flicks and on the rebounds," said Harendra.

India next plays the semi final on Saturday.(ANI)