Virat Kohli on Wednesday became the fastest cricketer to touch the 10,000-run mark in the one-day international format.

The 29-year-old achieved the feat during the second ODI of the ongoing five-match series against West Indies in Vishakhapatnam. 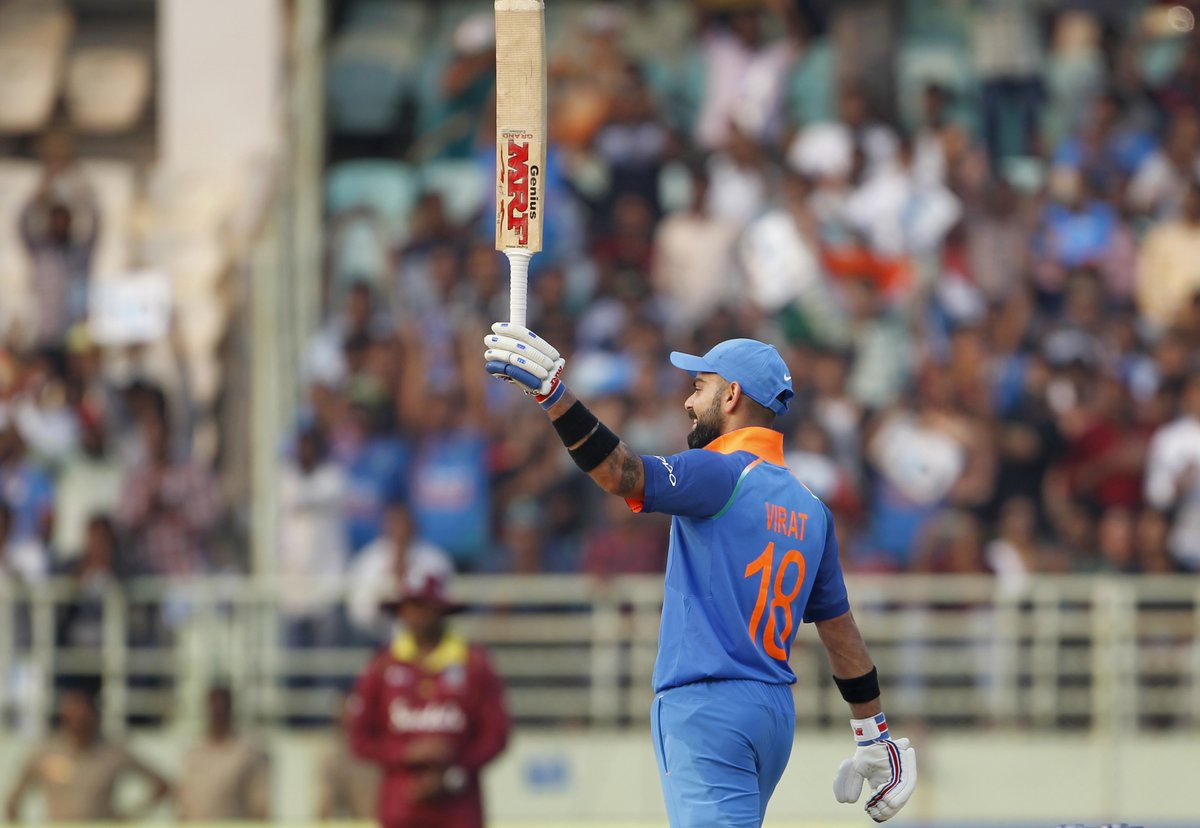 With the feat, he shattered the record of legendary former Indian batsman Sachin Tendulkar. While it took Tendulkar 259 innings to reach the figure, Kohli achieved the same in 205 innings. The right-handed batsman became the fifth Indian to touch the 10,000 ODI-run mark after Sachin Tendulkar, Sourav Ganguly, Rahul Dravid and MS Dhoni.

With 14 tons as the Indian skipper, Virat is second only to Ricky Ponting with most centuries as a skipper in ODI cricket. 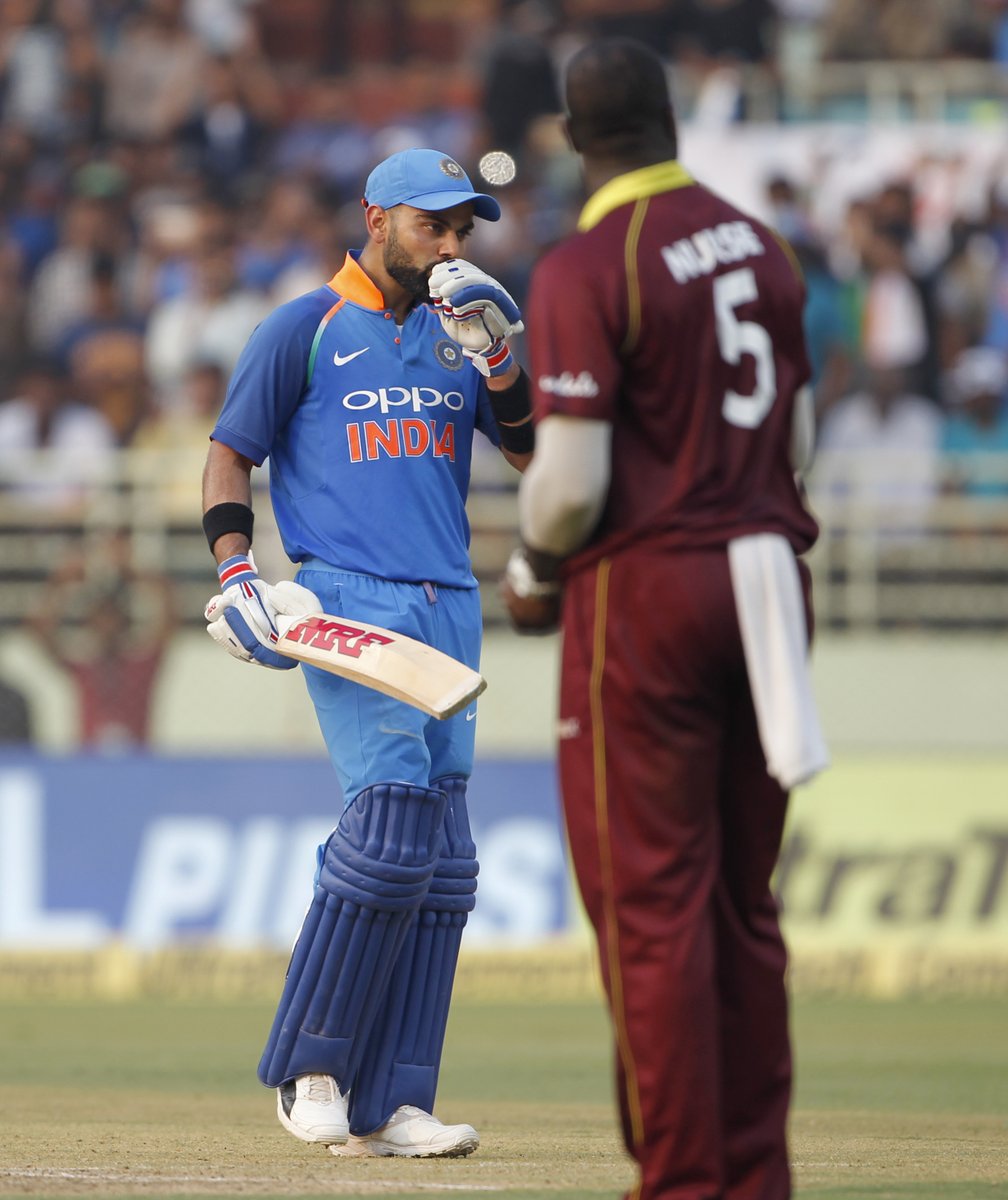 Virat, who needed just 81 runs to make it to the 10,000-run mark, tipped Ashley Nurse's half-volley delivery over to long-on and completed a single. He raised his arms to the sky, looked at former skipper Dhoni and grinned. Kohli also became the third Indian batsman to complete 4,000 runs on Indian soil.