Counting of votes for the Haryana assembly election began on Thursday, with the BJP looking to retain power and its hopes buoyed by exit polls that indicated an easy victory.

Chandigarh: Counting of votes for the Haryana assembly election began on Thursday, with the BJP looking to retain power and its hopes buoyed by exit polls that indicated an easy victory.

A counting centre has been set up in each of the 90 assembly constituencies and there is an additional centre in Gurgaon's Badshahpur segment, which had a larger number of polling booths.

While most exit polls projected a comfortable victory for the Bharatiya Janata Party, one predicted a close fight between the BJP and Congress with the Jannayak Janta Party likely to play kingmaker. The JJP came into existence after a split last year in the Indian National Lok Dal. Most exit polls predict that the INLD, founded by former deputy prime minister Devi Lal, will be decimated. Haryana had on Monday recorded a voter turnout of over 68 per cent, a sharp decline from 76.54 in the 2014 assembly polls.

In 2014, the BJP had won 47 seats and the Congress 15, with two Haryana Janhit Congress legislators later merging with it. 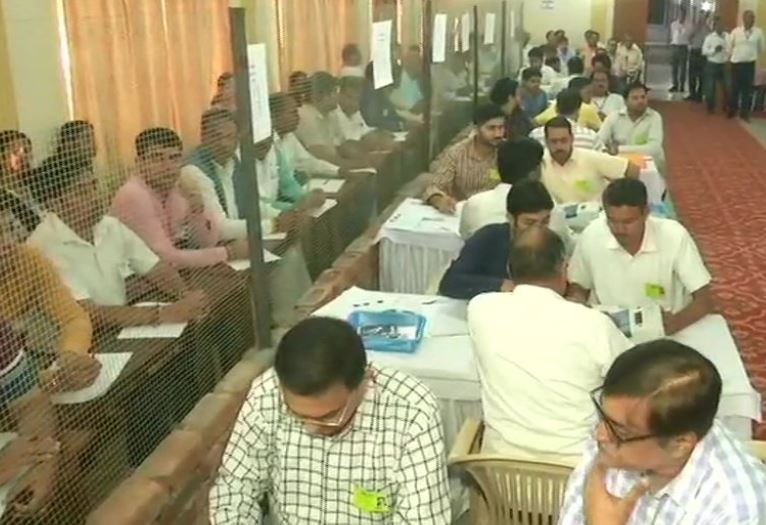 The INLD had 19 seats and the Bahujan Samaj Party and the Shiromani Akali Dal one each. There were five Independents.

Later, two INLD legislators died and, barring Abhay Singh Chautala, most other INLD MLAs and prominent leaders switched to the BJP, Congress or the JJP. The BJP won the Jind bypoll this year, taking its strength to 48 in the 90-member House.

The BJP also fielded TikTok star Sonali Phogat and three sportspersons -- Babita Phogat, Yogeshwar Dutt and Sandeep Singh. Led by Khattar, the BJP had set a target of winning 75 seats in the state, where the Congress is struggling to make a comeback. The Aam Aadmi Party, the Loktantra Suraksha Party and Swaraj India also contested the elections, though none of them fought all 90 seats.(PTI)

Javadekar: After Maharashtra, Haryana we will win in Delhi, Jharkhand too