Devastating bushfires that blanketed Australia’s largest city with hazardous smoke this week have heightened public anger and raised political pressure on the government to do more to tackle climate change.


Sydney: Devastating bushfires that blanketed Australia’s largest city with hazardous smoke this week have heightened public anger and raised political pressure on the government to do more to tackle climate change.

While cooler weather eased fires and haze around Sydney on Wednesday, the thick smoke that covered the city on Tuesday has triggered protests and prompted one conservative lawmaker to break with his party by directly linking recent weather to carbon emissions.

“We are in the middle of the worst drought in living memory, this is the second hottest year on record,” New South Wales Environment Minister Matt Kean, from the center-right Liberal-National coalition, told the Australian Broadcasting Corp Radio. “Yesterday smoke was causing some of the worst air pollution in Sydney that we’ve ever seen - this is climate change.” 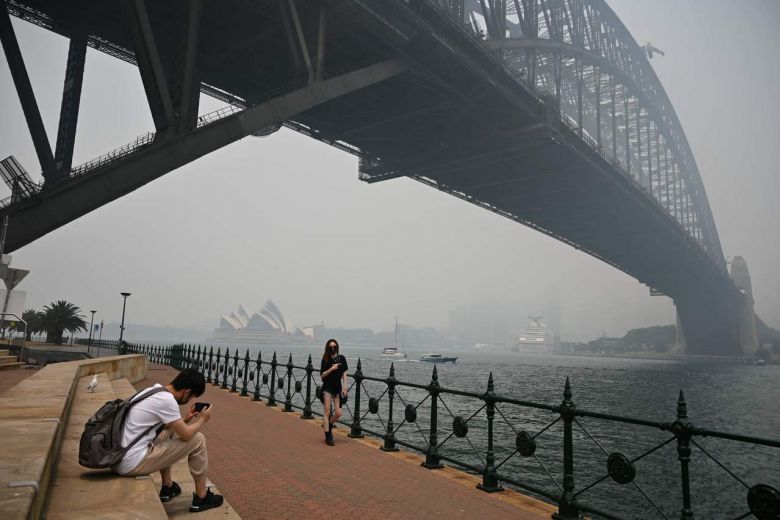 Sydney choked in some of the worst pollution seen in the city on Tuesday as more than 100 fires raged across the east coast, turning the daytime sky orange, obscuring visibility and disrupting public transport services as air quality plunged.

On Wednesday, temperatures dropped by more than 10 degrees Celsius (50 degrees Fahrenheit), and winds eased, improving Sydney’s air quality although it was still at levels considered hazardous.

“Certainly, climate change is a factor, there is no question, but also it is important to note that most of these fires have been caused by ‘Little Lucifers’,” Australia’s Deputy Prime Minister Michael McCormack told ABC, referring to arsonists.

Australia’s fires have killed at least four people since November, burnt about 2.5 million acres (1 million hectares) of farmland and bush and destroyed more than 400 homes.

While Australian police are investigating the triggers of some fires, firefighters and scientists have said the bulk of the blazes have been caused by soaring temperatures and three years of drought that has left bushland tinder-box dry. 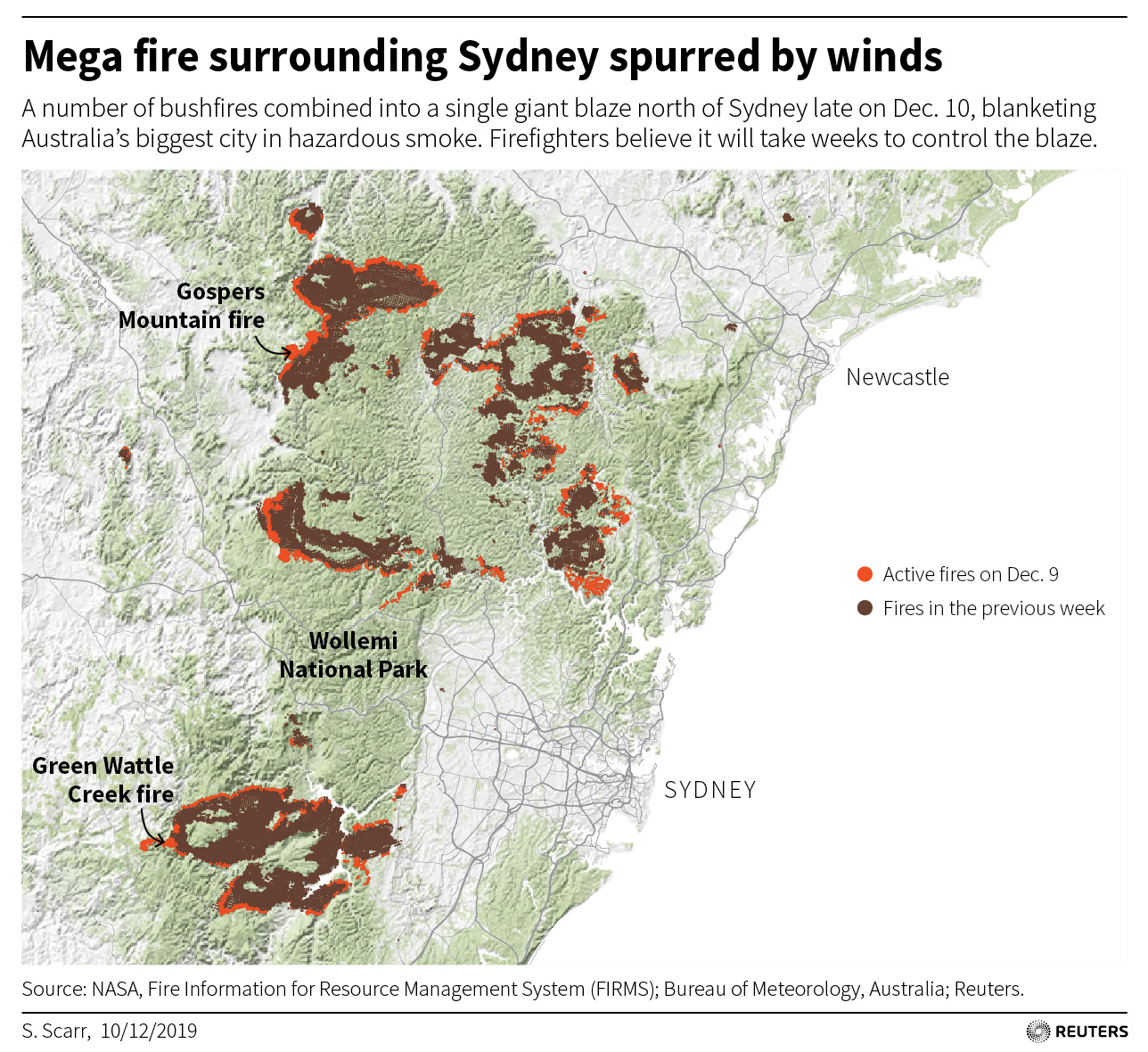 Australian Prime Minister Scott Morrison has said his government is committed to tacking climate change, insisting the country will meet its pledge to cut emissions from 26% to 28% by 2030, versus 2005 levels.

But critics accuse the government of merely playing lip service to climate concerns.

Protesters are scheduled to march through central Sydney during afternoon peak-hour on Wednesday.

“They (the government) are to blame for our largest city being poisoned and rather than taking meaningful action, they are fast tracking new coal mines,” said Chloe Rafferty, an organizer for the Uni Students for Climate Change group, which is holding the march.

Australia is one of the world’s largest carbon emitters per capita because of its reliance on coal-fired power plants.

In June, Australia approved a new coal mine in Queensland state by India’s Adani Enterprises, which that is expected to produce 8-10 million tonnes of thermal coal a year. (Reuters)