SP chief Akhilesh Yadav on Wednesday expressed the hope that the Uttar Pradesh government will ensure justice to the family of the Unnao rape survivor, who is being treated at a Lucknow hospital after being seriously injured in a road accident. 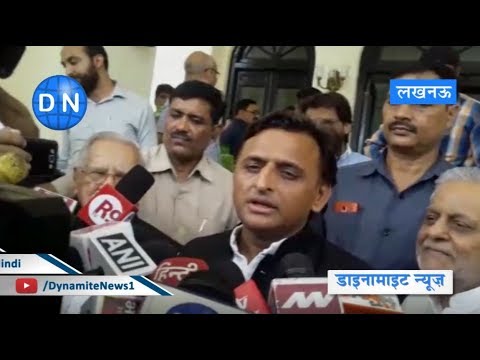 Lucknow: Samajwadi Party (SP) chief Akhilesh Yadav on Wednesday expressed the hope that the Uttar Pradesh government will ensure justice to the family of the Unnao rape survivor, who is being treated at a Lucknow hospital after being seriously injured in a road accident.

"When I met their family yesterday, they were in immense pain. Not a single family member trusts the administration. They have been fighting (for justice) right since the first day of the filing of the rape case," he told reporters after meeting UP Governor Anandiben Patel here.

Stressing that the family needs justice, the SP chief said, "They have been getting threats and see what has happened now. We hope that the government will ensure that justice will be done to the family. The SP will continue to fight for justice to the family."

Earlier in the day, the Central Bureau of Investigation (CBI) registered a case against rape accused and suspended BJP MLA Kuldeep Sengar, his brother Manoj Singh Sengar and eight others in connection with the accident.

The case was handed over to the CBI yesterday after a formal request was made by the state government to the Centre for a probe by the agency.

On July 28, the Unnao rape survivor was on her way to Raebareli when a truck rammed into the vehicle in which she was travelling with her two aunts and a lawyer. Her aunts succumbed to injuries.

The Unnao rape survivor and her lawyer, who were seriously injured, are currently being treated at King George's Medical University trauma centre in Lucknow. Their condition is said to be critical.

The teenager was allegedly raped by Kuldeep Sengar at his residence in Unnao on June 4, 2017, where she had gone seeking a job.

The legislator was arrested by the CBI last year and is currently lodged in Sitapur district jail. (ANI)