If you think only the shores of Mumbai witness the grandeur of Ganesh Chaturthi, you might be mistaken! Over the last few years, the national capital sees as much fervour as the city in Maharashtra with idols of the deity lining streets and devotees queuing up to take the best one home.

New Delhi: If you think only the shores of Mumbai witness the grandeur of Ganesh Chaturthi, you might be mistaken! Over the last few years, the national capital sees as much fervour as the city in Maharashtra with idols of the deity lining streets and devotees queuing up to take the best one home.

As the festival inches closer, the vendors on the street are painting a riot of colours with varied idols of the 'vighnaharta' on offer. Apart from those celebrating the occasion, the spread of festivities to Delhi has generated employment opportunities to sculptors who usually work in full swing during Diwali. Pradeep Modan who travels from Malda, Kolkata for work is one such example.

Modan says the sale of Ganpatis in the capital has increased over the years. "I remember making sculptures four years back where it used to be only seven to eight in a day and now since the festival is celebrated with so much of excitement in Delhi, the count has increased to almost 15 idols," the young man explained. 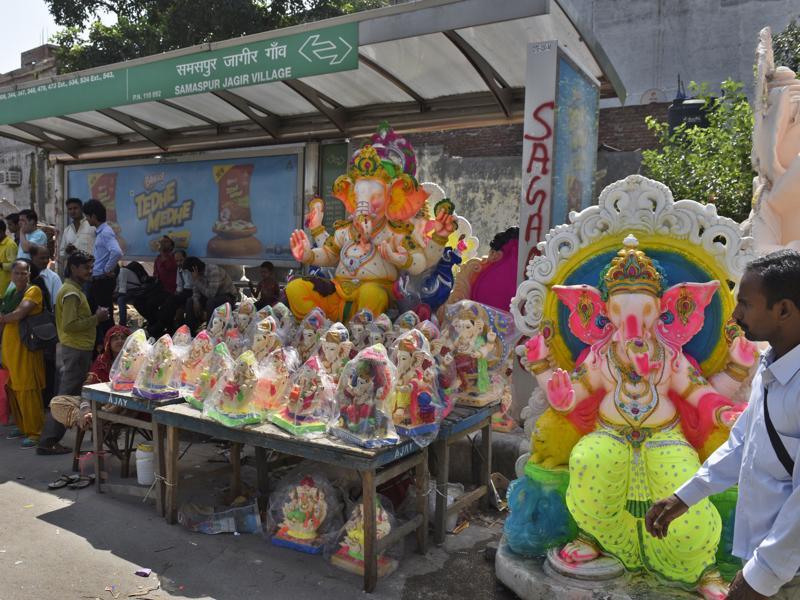 The highest selling idols are the big ones which people usually customise as per the size of their house, office, and pandal where they will establish the idol, Mondan said.

Those who have shifted base to Delhi from Mumbai and other parts of Maharashtra are another reason of bringing the festival here, says Mahendra Ladda, founder of Shri Ganesha Sewa Mandal.Ladda hails from Latur, Maharashtra and is celebrating the festival in Delhi for 18 years.

"When we came to Delhi in 2002, people here hardly knew about this festival. It has been 18 years now since we are celebrating the festival here with several people joining in," Ladda said.

"This year we have established an 11 feet long idol of Lord Ganesha and the decorations have been done from Pune. We have a special dress code and dance performances where we call a group from Mumbai as they are well versed with the culture and practices," he detailed.

Apart from the pandal decoration, we have conducted an exhibition on water conservation and water management in a bid to spread awareness on water pollution, Ladda concluded. But taking into consideration the environmental concerns, many artisans along with buyers are opting for eco-friendly Ganesha idol. 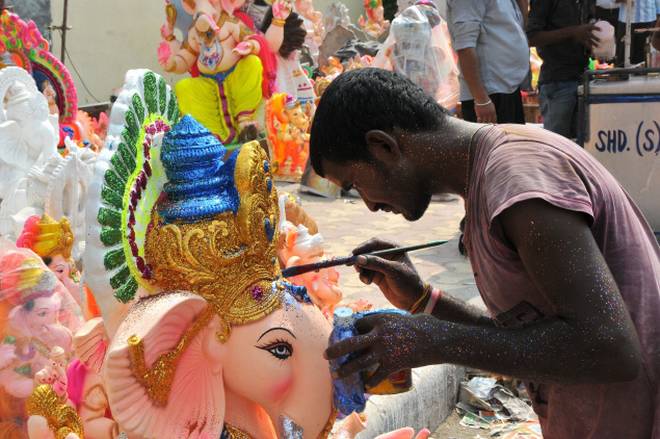 Neha Chauhan, an idol maker in Noida explained, "We've been making idols for the last eight years, varying in sizes starting from three feet. The materials used in constructing the statues are just papers and marl which can easily dissolve in water."

Also elaborating on the paint used in making, Neha said, "Another major concern regarding constructing the sculpture is the kind of colours used. Many people these days come up and ask for idols which are painted with water-based colours which get dissolved in water after submersion rather than those oil-based paints."Another idol vendor in the locality, Manju, asserted that the demand for sand made Ganesh idols without paints have increased this year.

"People who are more concerned about the environment and have renounced the use of paints and other toxic materials which they believe causes water pollution and hence are avoiding them," she said. 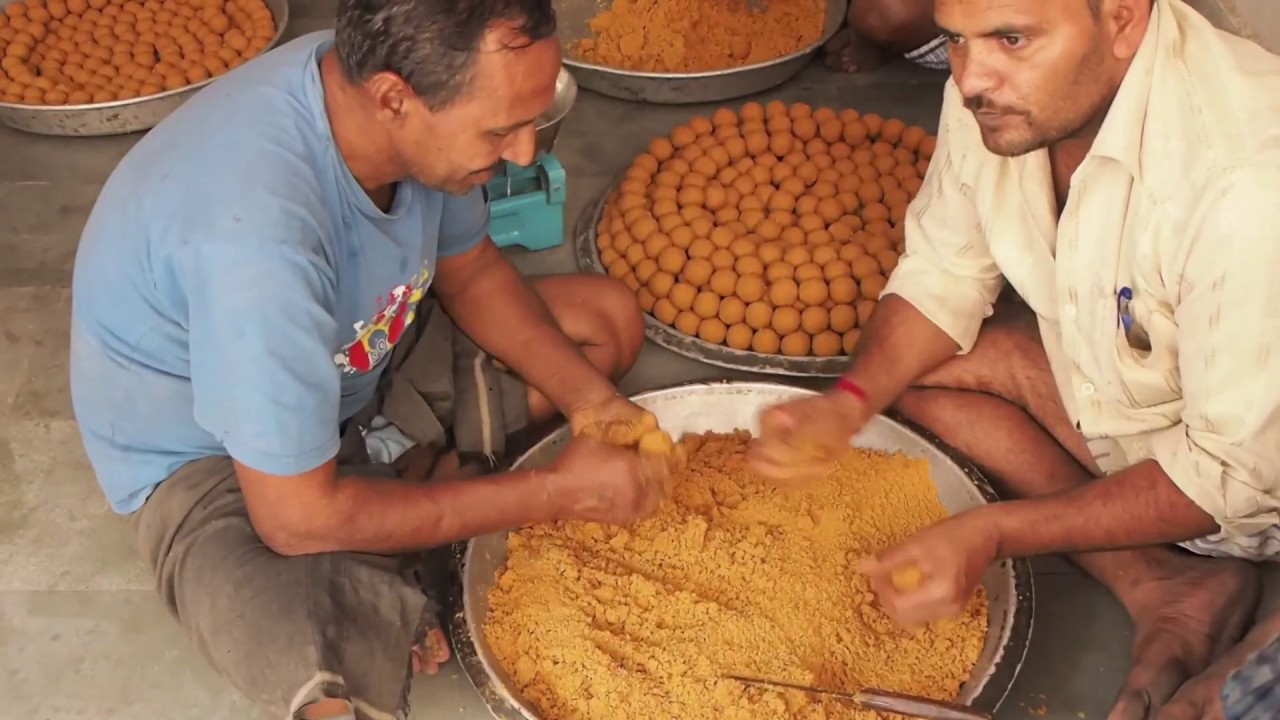 As for Vijay Deshpande, who is from Mumbai and has settled in Delhi, this year's festival has doubled up as an eco-friendly one.

"Though we are going eco-friendly with the decorations and idol worship, our Mandal has decided that this year we will offer saplings to the Lord and then will distribute them among the people with the message of 'Go Green' which will not only make the celebration eco-friendly but will also create awareness about environment conservation," Deshpande explained. (ANI)