Hurricane Dorian pounded the Bahamas on Monday, killing at least five people and inundating homes with floodwater ahead of its expected advance on the U.S. coast, where more than a million people were ordered evacuated.

Marsh Harbour: Hurricane Dorian pounded the Bahamas on Monday, killing at least five people and inundating homes with floodwater ahead of its expected advance on the U.S. coast, where more than a million people were ordered evacuated.

Dorian, one of the most powerful Atlantic hurricanes on record, had been hovering over Grand Bahama Island for almost 40 hours by Monday night and was expected to stay put until at least Tuesday morning, the Miami-based National Hurricane Center (NHC) said in its latest advisory at 11 p.m. EST (0300 am GMT).

It was about 30 miles (55 km) north northeast of Freeport, Grand Bahama Island and about 100 miles (160 km) east of West Palm Beach at 11 p.m., the NHC said.It warned residents not to leave shelters until the eye of the hurricane passes. The storm’s strongest winds are usually close to the eye.

At least five people were killed in the Abaco Islands, in the northern Bahamas, Bahamian Prime Minister Hubert Minnis told a news conference on Monday. 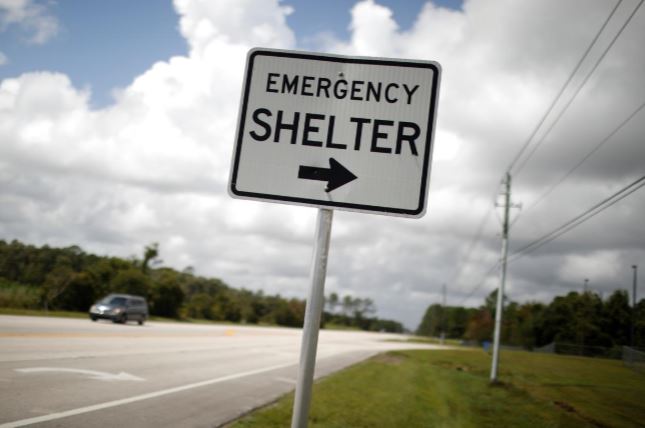 “We are in the midst of a historic tragedy in parts of our northern Bahamas,” Minnis said. “Our mission and focus now is search, rescue and recovery.”

He added that the U.S. Coast Guard was on the ground in Abaco and had rescued a number of injured individuals. Critically injured people were being taken to hospitals on New Providence, the country’s most populous island.

A Reuters witness staying in the hotel at the Abaco Beach Resort on the island of Great Abaco said winds tore off the shutters and part of the roof, and the site was surrounded by a lake of water.

Dorian threatened to unleash a storm surge that could raise water levels by as much as 12 to 18 feet (4-5 meters) above normal on Grand Bahama Island, the NHC said.

As many as 13,000 homes in the Bahamas may have been destroyed or severely damaged, the International Federation of Red Cross and Red Crescent Societies said. 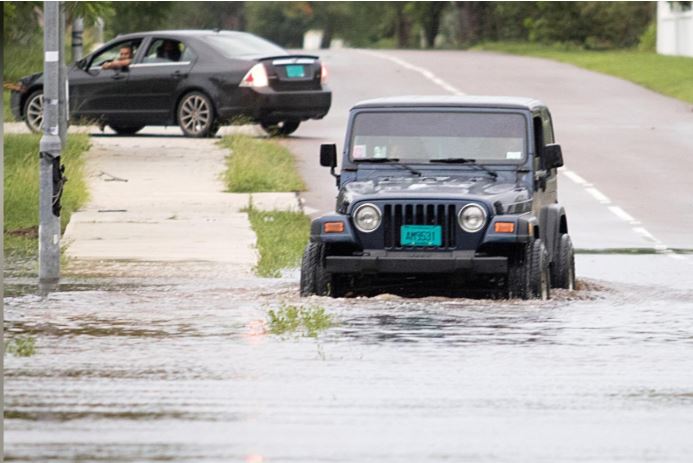 Houses in a neighborhood in Freeport on Grand Bahama Island were engulfed by 6 feet (1.8 m) of water. “It looks like they’re boats on top of the water,” said Rosa Knowles-Bain, 61, a resident who fled two days ago to an emergency shelter.The hurricane, which was downgraded late Monday morning to Category 4 on the five-step Saffir-Simpson Wind Scale, packed maximum sustained winds of 145 miles per hour (240 kph), the NHC said.Dorian was expected to drift to the northwest late on Tuesday and stalk the coasts of Florida, South Carolina and Georgia, it said.

Strong gusts and high surf were already being reported along Florida’s east coast as the hurricane was about 105 miles (170 km) from West Palm Beach, the NHC said. 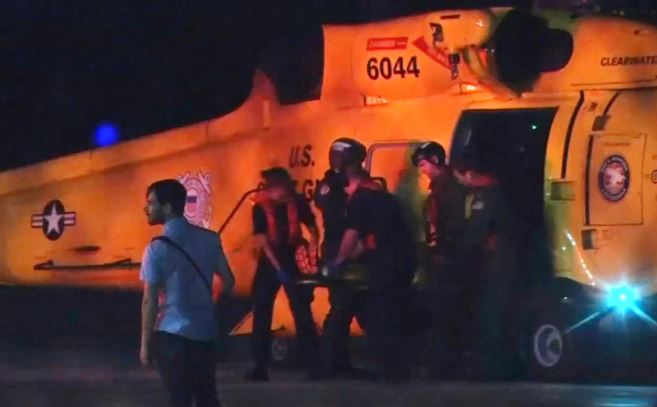 EVACUATIONS
Nine counties in Florida have issued mandatory evacuations. They included parts of Duval County, home to Jacksonville, one of Florida’s two biggest cities, and some areas in Palm Beach County, home to Trump’s Mar-a-Lago resort. Florida Governor Ron DeSantis urged coastal residents to heed evacuation orders. “Get out now while there’s time and while you have fuel available,” he told a news conference from the state’s emergency operations center in Tallahassee.

Among those being evacuated was Sue Watson, a 93-year-old resident of a retirement community in Kissimmee in central Florida.

“I was all set to stay home until they had to turn the water off,” said Watson, who added she was not worried for her personal safety but hoped the storm spared the retirement community. 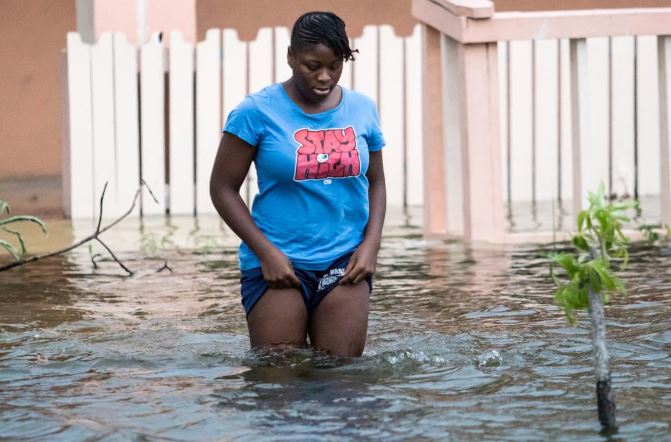 The storm was causing havoc for travelers on Florida’s east coast, where some airports and gasoline stations were closed.Orlando International Airport, one of the largest in the state, planned to cease commercial operations at 2 a.m. on Tuesday because of the storm, it said in a statement.Walt Disney World Resort (DIS.N) in Orlando will close early on Tuesday, it said in a statement.

American Airlines (AAL.O) said operations had been suspended at seven airports in Florida and the Bahamas, and a travel alert issued for more than 20 airports including in Georgia, North Carolina and South Carolina.South Carolina Governor Henry McMaster ordered mandatory evacuations for parts of eight coastal counties effective at noon on Monday. More than 830,000 people were under evacuation orders in Charleston and other coastal communities in the state, emergency management officials announced.