The International Court of Justice will deliver on Wednesday its verdict in a case relating to Indian national Kulbhushan Jadhav, whose death sentence by a Pakistani military court based on an "extracted confession" has been questioned by India.

The Hague :  The International Court of Justice will deliver on Wednesday its verdict in a case relating to Indian national Kulbhushan Jadhav, whose death sentence by a Pakistani military court based on an "extracted confession" has been questioned by India. Jadhav, 49, a retired Indian Navy officer, was sentenced to death by the Pakistani military court on charges of "espionage and terrorism" after a closed trial in April 2017. His sentencing evoked a sharp reaction in India.

President of the Court Judge Abdulqawi Ahmed Yusuf will read out the verdict during a public sitting which will take place at 3 pm (6.30 pm IST) on Wednesday at the Peace Palace in The Hague, Netherlands.The verdict in the high-profile case comes nearly five months after a 15-member bench of ICJ led by Judge Yusuf had reserved its decision on February 21 after hearing oral submissions by India and Pakistan. The proceedings  the case took two years and two months to complete.

Pakistan Foreign Office spokesperson Muhammad Faisal said that Pakistan has fully contested the case before the ICJ. "Pakistan was hoping for the best and would accept the decision of ICJ," he was quoted as saying by state-run Associated Press of Pakistan.

India moved the ICJ in May 8, 2017 for the "egregious violation" of the provisions of the Vienna Convention by Pakistan by repeatedly denying New Delhi consular access to Jadhav. A bench of the ICJ, which was set up after World War II to resolve international disputes, on May 18, 2017 had restrained Pakistan from executing Jadhav till adjudication of the case.

A four-day public hearing in the high-profile case took place in February amidst heightened tensions between India and Pakistan following one of the worst terror attacks in Jammu and Kashmir by Pakistan-based Jaish-e-Mohammed terror group that killed 40 CRPF soldiers on February 14.

During the hearing in ICJ, both India and Pakistan submitted their detailed pleas and responses. 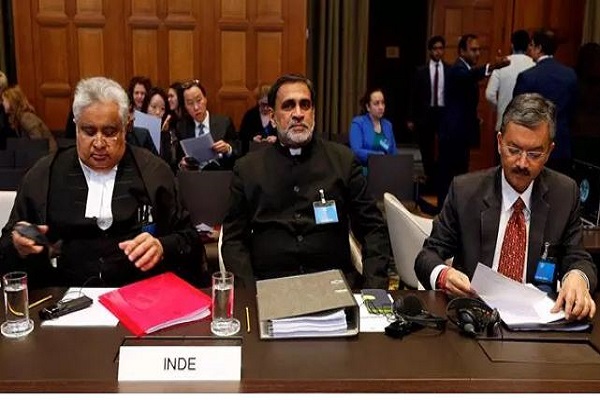 India based its case on two broad issues -- breach of Vienna Convention on consular access and the process of resolution.

Harish Salve, who was representing India in the case, questioned the functioning of Pakistan's notorious military courts and urged the top UN court to annul Jadhav's death sentence, which is based on an "extracted confession". In his submission in the ICJ on the last day of the hearing, Pakistan's counsel Khawar Qureshi said, "India's claim for relief must be dismissed or declared inadmissible." 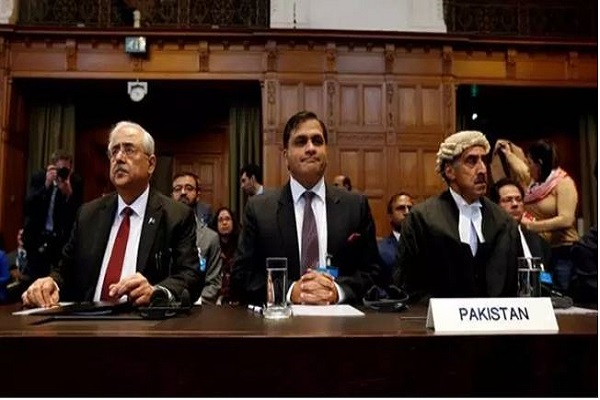 Pakistan claims that its security forces arrested Jadhav from restive Balochistan province on March 3, 2016 after he reportedly entered from Iran. However, India maintains that Jadhav was kidnapped from Iran where he had business interests after retiring from the Navy. Pakistan had rejected India's plea for consular access to Jadhav at the ICJ, claiming that New Delhi wants the access to get the information gathered by its "spy". 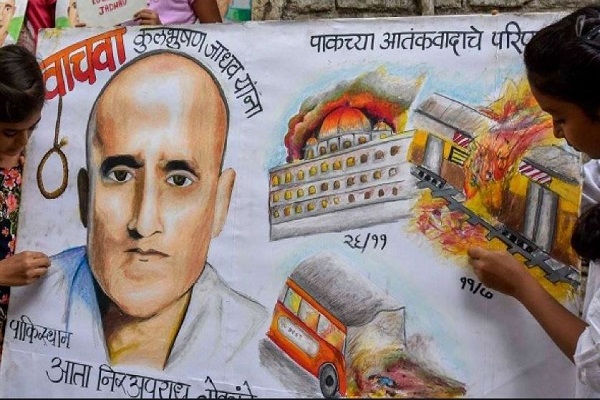 However, Pakistan facilitated a meeting of Jadhav with his mother and wife in Islamabad on December 25, 2017. (PTI)

Pak violated spirit of our understandings: India on Jadhav's meet with kin