Chahal achieved this milestone during the clash against Lucknow Super Giants, here at the Wankhede Stadium on Sunday, after he scalped four wickets. The spinner also became the second-fastest bowler after Sri Lanka's Lasith Malinga to get this feat.

He was earlier a part of Royal Challengers Bangalore and was associated with the franchise for 2014-2021, before getting released in 2022. So far, Chahal has scalped a total of 11 wickets in IPL 2022 and is the current Purple Cap holder. 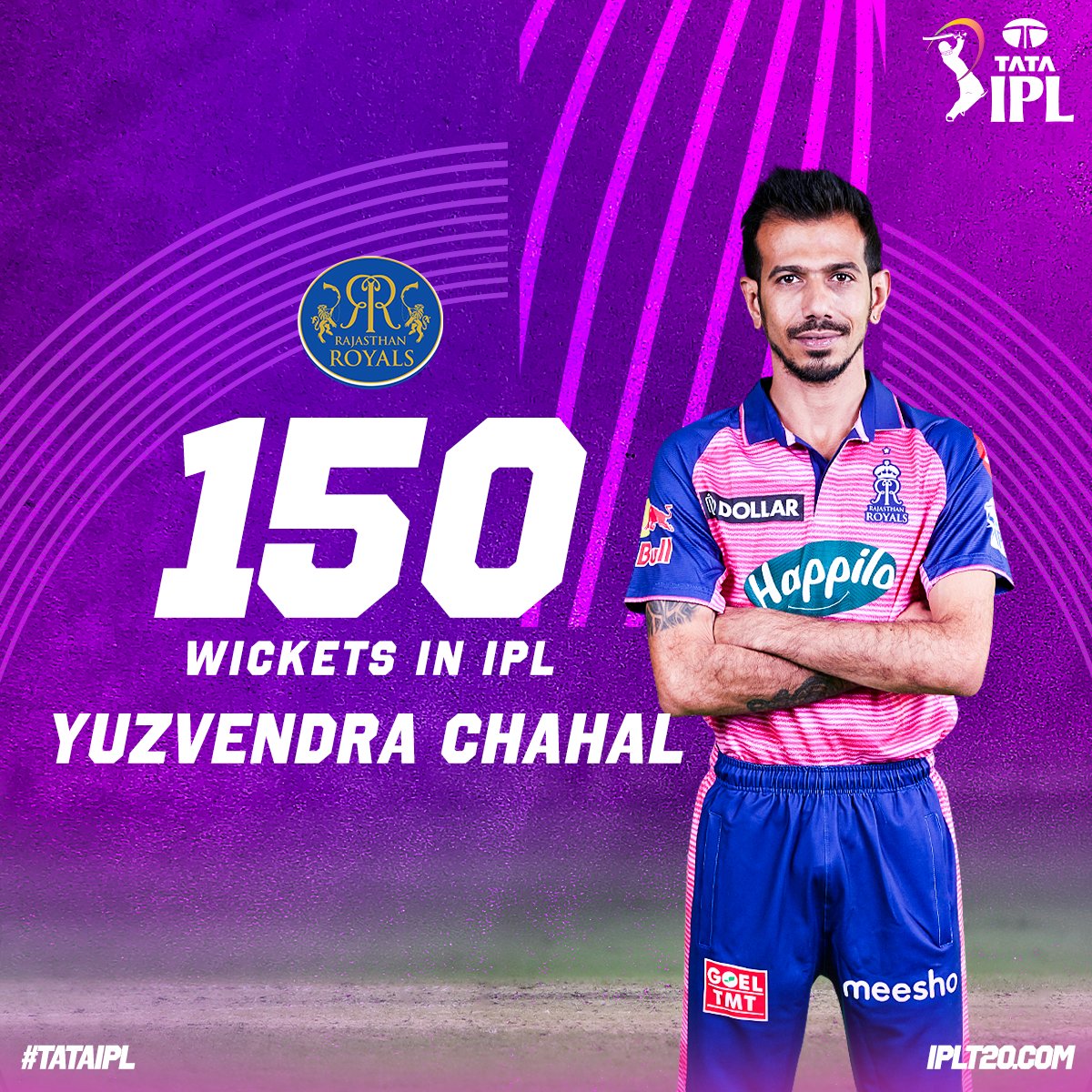 In the last over, Sanju Samson led Rajasthan needed to defend 15 runs and youngster Kuldeep Sen held his nerves against big-hitting Marcus Stoinis to take the team to the third win in four matches and go to the top of the points table.

Also Read: Dinesh Karthik doing his best to prove that he is not done yet

Defending a 166-run target the inaugural champions needed some early wickets upfront and Trent Boult did exactly that by giving a double blow to Lucknow dismissing their skipper KL Rahul and Krishnappa Gowtham for golden ducks.

Rajasthan Royals were at one stage struggling at 67 for 4 but Shimron Hetmyer's unbeaten 59 helped them register 165/6 in 20 overs.Ravichandran Ashwin was involved in a 68-run partnership with Hetmyer but in the 19th over was retired out for 28. (ANI)

IPL 2022: GT get into finals; skipper Hardik Pandya thanks his family