Two people were killed and eight others injured in a shooting incident in Israel's Tel Aviv on Thursday night. Read for details on Dynamite News:

Tel Aviv: At least two people were killed and eight others injured in a shooting incident in Israel's Tel Aviv on Thursday night, the latest attack in recent weeks.

Ten people were rushed to the nearby Ichilov Hospital with gunshot wounds, two of whom were later declared dead, The Times of Israel reported.

The police spokesperson Eli Levi said the shooting was "a terror attack" that took place at "several locations" on Dizengoff Street. 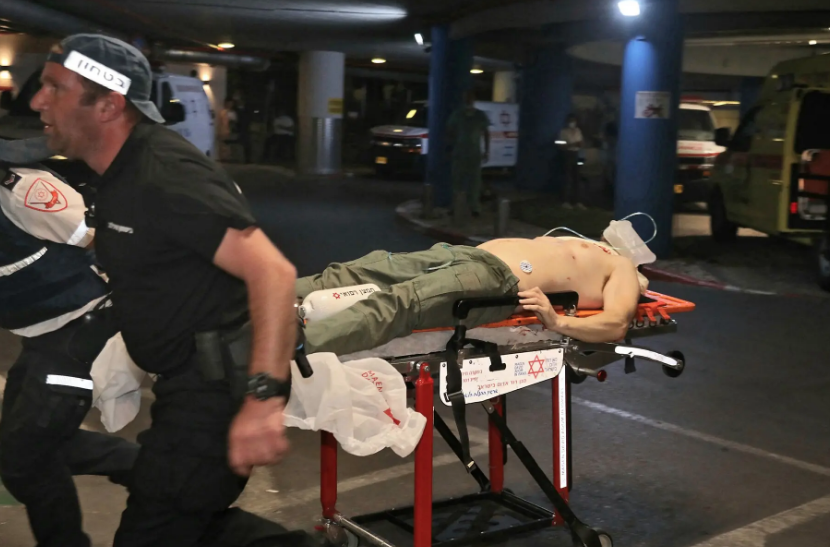 This street is one of the busiest streets in Tel Aviv that is dotted with cafes and bars."It has been a very difficult night. I send my condolences to the families of those who were murdered and I pray for the complete recovery of the wounded," Prime Minister Naftali Bennett said in a statement."

Security forces are in pursuit of the terrorist who carried out the murderous rampage tonight in Tel Aviv. Wherever the terrorist is - we will get to him. And everyone who helped him indirectly or directly - will pay a price," he added.

According to the police, a shooter was still at large and hundreds of policemen including border police forces were launching a massive manhunt across the city.

Levi asked the residents of Tel Aviv to "stay home, lock the door, and avoid standing on the porch."The Israel police described the suspect as possibly a thin person wearing a black shirt and black shorts. Police said the man was likely armed with a pistol.

They also released a picture of a man and asked the public for help identifying him.Last week, a gunman opened fire in the Israeli city of Bnei Brak, killing five people. Prior to that, terror attacks occurred in Be'er Sheva and Hadera, leaving a total death toll of 11 people. (ANI)

Canada: 1 killed in shooting in Mississauga

Bolsonaro plans to relocate Brazilian embassy in Israel to Jerusalem

Blast outside Israeli Embassy could be a 'terror attack', says envoy Ron Malka