The two Prime Ministers will then move to Teen Murti Memorial for a solemn ceremony.

The leaders will lay a wreath and sign the visitor's book. The ceremony will also mark the formal renaming of Teen Murti Chowk as the Teen Murti Haifa Chowk by the New Delhi Municipal Council (NDMC).

The three bronze statues at Teen Murti represent the Hyderabad, Jodhpur and Mysore Lancers, who were part of the 15 Imperial Service Cavalry Brigade, which carried out the victorious assault on the fortified city of Haifa on September 23, 1918, during World War I.

There are various accounts of this battle - all narrate the brave valour with which the lancers undertook the assault on the garrisoned town protected by a joint force of Ottomans, Germany and Austria Hungary.

The capture of Haifa cleared a route for the Allies to supplies to the city through the sea. About 44 Indian soldiers had made the ultimate sacrifice during the liberation of the city in World War I. Till date, the 61 Cavalry celebrates 23rd September as its Raising Day or "Haifa Day."

The Israeli Prime Minister, who is the second Prime Minister from his country after Ariel Sharon to visit India in the last 25 years of a diplomatic relationship, who will be here on a six-day visit to India, will be accompanied by a 130-member delegation from various sectors, including cyber, agriculture and defence. 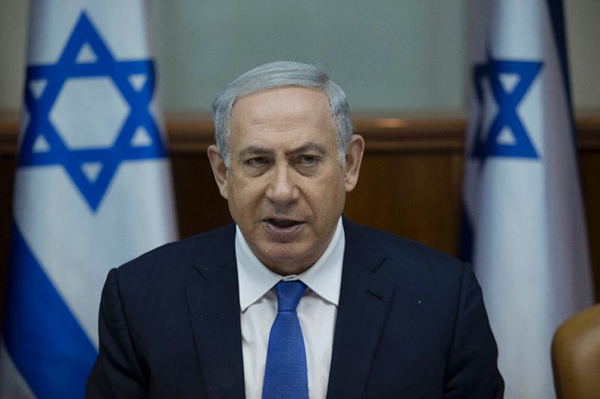 On Monday, the visiting dignitary will be given a ceremonial reception at the Rashtrapati Bhawan, which will be followed by the wreath laying at the memorial of Mahatma Gandhi. Both the prime ministers will also meet and hold delegation level talks.

The two sides will sign agreements and also issue a joint press statement. The Israeli Prime Minister will call on President Ram Nath Kovind, later in the day.

On Tuesday, Netanyahu, accompanied by his wife Sara, will leave for Agra to see Taj Mahal. On the same day, he will visit Delhi and participate in the Raisina Dialogue, where he is scheduled to deliver an inaugural speech.

Netanyahu will leave for Ahmedabad on the fourth day of his tour and visit Sabarmati Ashram. The minister will also attend an event at the International Centre for Entrepreneurship and Technology (iCreate).

He will later visit the Centre of Excellence, Vadrad. On the same day, the minister will leave for Mumbai.

On Thursday, Netanyahu will have a power breakfast with Indian CEOs and attend a business seminar. He will also lay a wreath at Taj Hotel Mumbai and pay a visit to Nariman House - Chabad Centre.

He will also reach out to Bollywood personalities in an exclusive 'Shalom Bollywood' event, which aims at exploring business opportunities for Indian filmmakers in Israel. (ANI)

PM Narendra Modi: India with Israel and India for Israel

Tributes pour in for Sushma Swaraj