Polling for the fifth and final phase of the Jharkhand assembly elections in 16 constituencies underway on Friday.

Ranchi: Polling for the fifth and final phase of the Jharkhand assembly elections in 16 constituencies began on Friday.

The fate of 237 candidates, including two ministers and a former CM, will be decided in this final phase. The polling that began at 7 am in all assembly segments will end at 3 pm in five constituencies of Borio (ST), Barhait (ST), Litipara (ST), Maheshpur (ST) and Sikaripara (ST).Voters in the rest of the assembly segments can exercise their franchise till 5 pm.

The other seats where polling is being held in this final phase are Rajmahal, Pakur, Nalla, Jamtara, Dumka (ST), Jama (ST), Jarmundi, Sarath, Poreyahat, Godda and Mahagama.

Also Read: Jharkhand: Voting picks up in third phase of assembly election, over 13 pc recorded till 9 am

All constituencies are spread over six districts in the Santhal Pargana region of the state.

In all, 40,05,287 electorate, including 19,55,336 women and 30 third gender voters, are eligible to cast their vote, Jharkhand Chief Electoral Officer Vinay Kumar Choubey said. 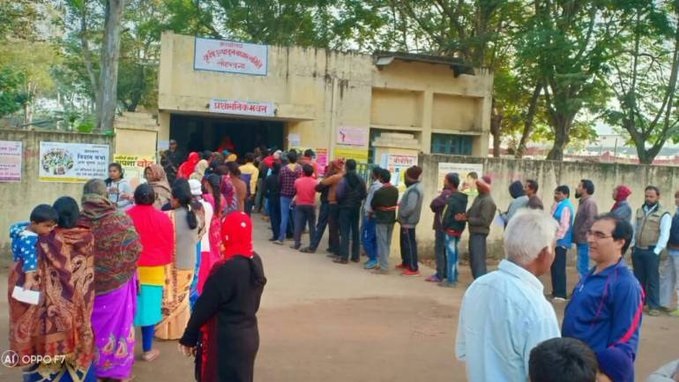 Adequate security forces have been deployed, he said. 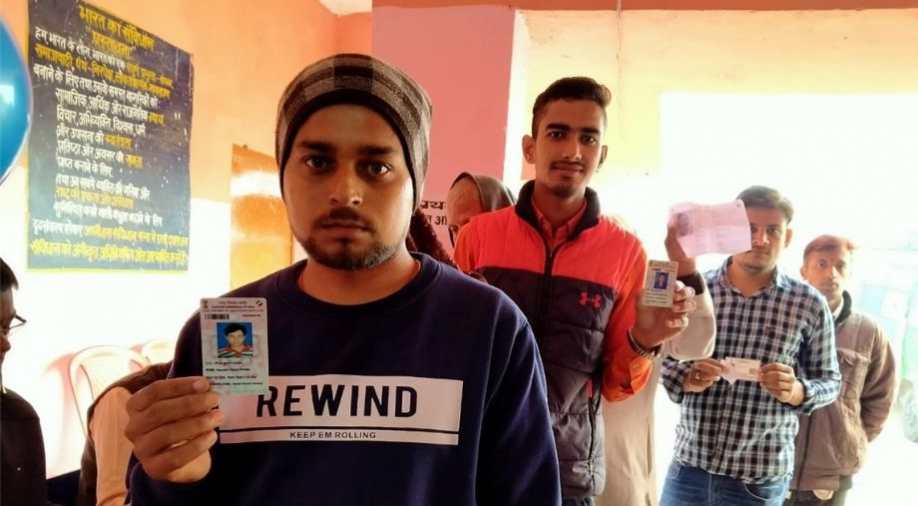 State Women and Child Development Minister Louis Marandi is contesting against JMM's working president and former chief minister Hemant Soren from Dumka.Louis Marandi had defeated Soren in the 2014 assembly elections.Like the previous assembly polls when he contested from two seats, Soren is in the fray from Barhait as well.

Soren's sister-in-law Sita Soren is seeking re-election from Jama.The BJP, which is contesting on all 16 seats in this final phase, has fielded sitting MLAs Ashok Kumar Bhagat, Anant Ojha and Amit Mandal from Mahagama, Rajmahal and Godda assembly constituencies, respectively.

While the JMM has fielded nominees in 11 constituencies, the Congress and the RJD are contesting from four and one segments, respectively.The Babulal Marandi-headed Jharkhand Vikas Morcha (Prajatantrik) has also fielded candidates in this round.Candidates of the Bahujan Samaj Party, Lok Jan Shakti Party, AJSU Party and the Left are also in the fray.

Of the 81 assembly seats, elections had concluded in 65 constituencies in the previous four phases between November 30 and December 16.

Votes will be counted on December 23.(PTI)