England cricketer Joe Root on Monday scripted an unwanted feat to his name as he equalled the record for the most runs conceded from a single over in a Test.


Port Elizabeth: England cricketer Joe Root on Monday scripted an unwanted feat to his name as he equalled the record for the most runs conceded from a single over in a Test.

Root, the right-handed batsman, conceded 28 runs in an over on the fifth day of the third Test against South Africa.

The tailender Keshav Maharaj, who was delaying the defeat, hammered 4,4,4,6,6,4b in a single over off Root.

Root had a batting average of 48.27 in the longest format of the game, unintentionally equalled Robin Peterson's and James Anderson's record.

Peterson and Anderson both conceded 28 runs in an over against England at Perth and Port Elizabeth respectively. However, Root and Mark Wood picked up four and three wickets respectively.

England defeated South Africa by an innings and 53 runs in the third Test at the St George's Park here on Monday.

England bowlers bundled out Proteas, who were following on, for 237 runs in their second innings. 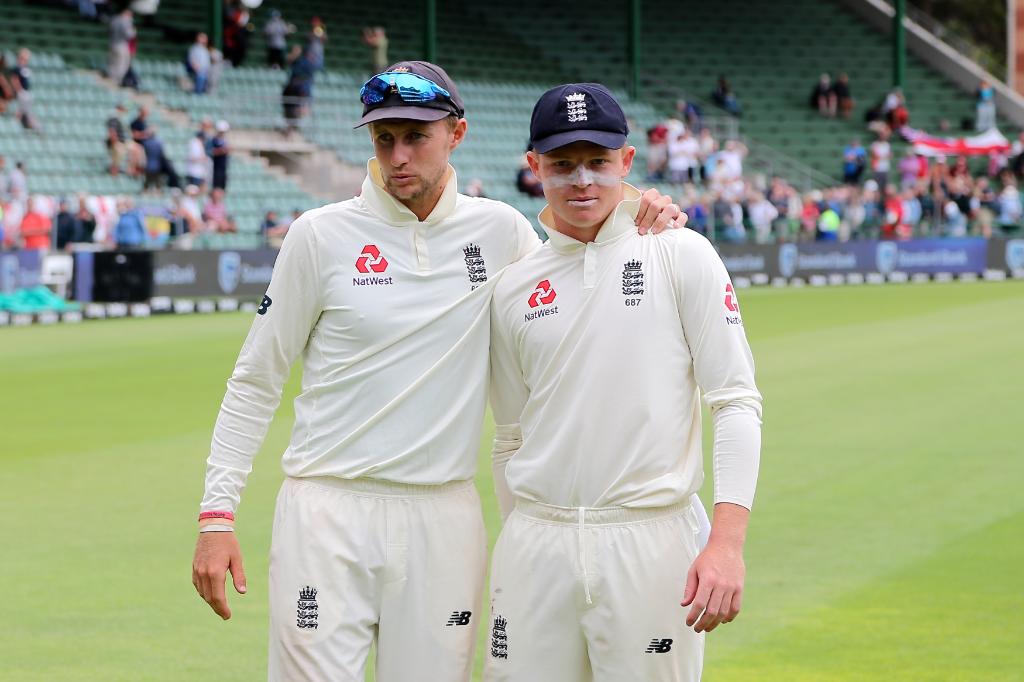 The hosts resumed their innings from 102/6 on day five. Maharaj delayed the defeat as he had a 99-run partnership with Dane Paterson for the last wicket.

Maharaj's resistance was cut short by Sam Curran's direct hit from mid-on. He made 71 runs. Vernon Philander (13), Kagiso Rabada (16), and Anrich Nortje (5) were all sent back to the pavilion cheaply.

Ollie Pope, who played an unbeaten knock of 135 runs, was awarded player of the match. This was 150th away Test win for England.

England now lead the four-match series 2-1. The final match of the series will be played at Wanderers Stadium in Sandton on January 24. (ANI)

Smith strikes a blow against New Zealand on Boxing Day