Five people, including a woman, have been arrested in connection with the alleged kidnapping case of Sanjeet Yadav. However, the victim has allegedly been killed by kidnappers, the Kanpur Police informed on Friday. 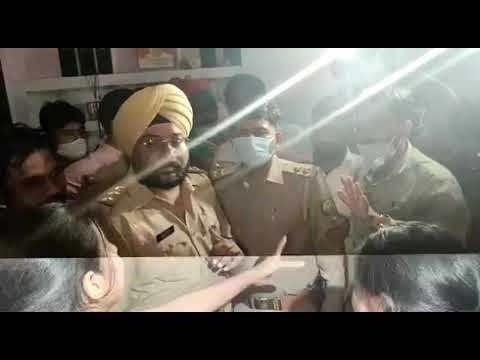 Kanpur: Five people, including a woman, have been arrested in connection with the alleged kidnapping case of Sanjeet Yadav. However, the victim has allegedly been killed by kidnappers, the Kanpur Police informed on Friday.

This comes after a police team allegedly failed to stop the kidnappers from escaping with the ransom. Sanjeet's relatives are claiming that they have given the ransom amount of Rs 30 lakh to the kidnappers. However, the police claimed that the accused did not receive the money and Sanjeet's body has not been recovered yet.

Yadav worked as a technician at a private lab in Kanpur and was kidnapped on June 22.

Relatives of the victim (Sanjeev Yadav) are claiming that they have given the ransom amount of Rs 30 lakh to the kidnappers. As per the investigation till now,we found that no ransom amount has been given,still we are probing the case from all angles:Mohit Agarwal,IG Kanpur Range pic.twitter.com/84M0AgjFxW

Revealing details about the case at a press conference, Mohit Agarwal, Inspector General (IG) Kanpur Range said that two out of the five accused- Gyanendra Yadav, Kuldeep, Nilu, Ramji and Preeti- were friends and former colleagues of Sanjeet.

"On June 22, a man named Sanjeet Yadav was kidnapped. The police teams were searching for him since then. On Thursday, five accused have been arrested. Gyanendra Yadav, Kuldeep, Nilu, Ramji, Preeti. Gyanendra is the masterminds of the crime. Kuldeep and Ramji were friends of Sanjeet and used to work in the same lab," he said.

After the kidnapping, Sanjeet was kept in a house rented by the accused, he said adding that the man was killed after he made a failed bid to escape.

"On June 26, when Sanjeet tried to escape, they decided to kill him. The next morning, they strangled him to death and threw his body in a canal. On June 29, they demanded ransom from his family. The police laid a trap to nab but due to some reasons that operation failed. SHO Barra Ranjeet Rai has been suspended for negligence in the case. We are trying to recover the body," Agarwal said.

When asked about whereabouts of ransom money, he said: "According to our investigation, no money was given. But since family is levelling allegations, we will investigate. At first, the family said they did not give money, later they said they have given money. If money is given to accused then we will recover it."

Dinesh Kumar, Senior Superintendent of Police (SSP) Kanpur said that the bag full of money was thrown from overbridge near Barra bypass by Sanjeet's family on July 13 but the accused has denied of receiving the ransom.

"On July 13, bag (full of money) was thrown. The accused has denied receiving a ransom. If they have money, we will recover it," he said.

Gyanendra Yadav, the mastermind of kidnapping also denied receiving the ransom. "We had asked for Rs 30 lakh. When Ramji went to take the bag, he could not retrieve it as the police team has arrived there. Later, we escaped from the spot," he said.

On June 23, Sanjeet Yadav's family filed his missing complaint with police followed by which a case was Barra Police Station was registered on June 26. (ANI)