Katrina Kaif posted a picture on Instagram on Sunday, giving her fans a sneak peek of her look in her upcoming flick 'Bharat.'

Mumbai: Katrina Kaif posted a picture on Instagram on Sunday, giving her fans a sneak peek of her look in her upcoming flick 'Bharat.'

The actor took to her Instagram handle and wrote: "Bharat, 10 days to trailer."

The 'Tiger Zinda Hai' actor can be seen draped in a green saree, hair tied in a messy braid and with a cute small black bindi. 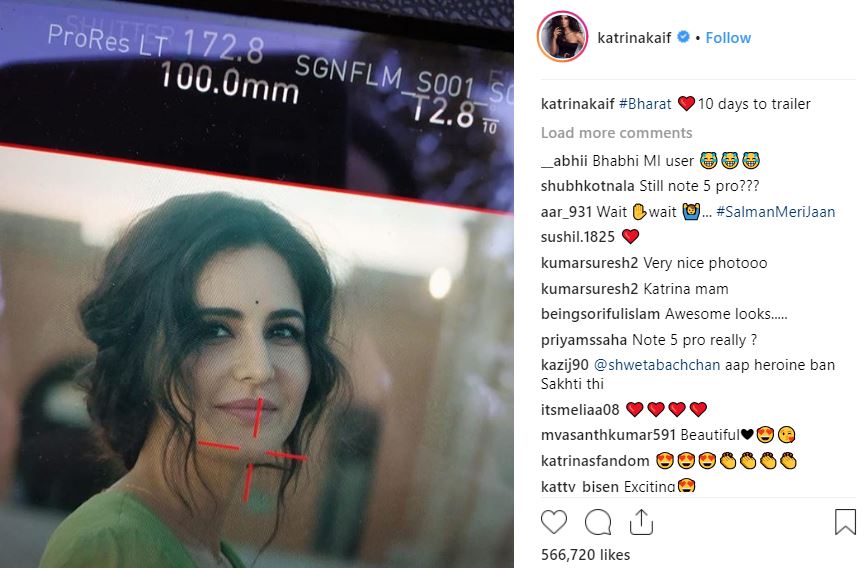 'Bharat 'is one of the biggest releases of the year, which is being directed by Ali Abbas Zafar and stars Salman Khan and Katrina Kaif in the lead roles besides Disha Patani, Sunil Grover and Jackie Shroff in pivotal roles.

According to reports, the 'Bajrangi Bhaijaan' actor will be seen sporting five different looks in the film spanning 60 years, including a crucial part which will showcase the actor in his late 20s, looking much leaner and younger.

The trailer is releasing on April 24 and the film will hit the screens on Eid this year. (ANI)