Also read: Vaghela says he has been expelled from Congress

Congress leader Ranjeet Ranjan said, "Backward class and minorities are currently scared of lynching that is happening in the country. We are fighting for the people even Prime Minister Narendra Modi also said that the government is not with the fake Gaurakshak- Whichever state BJP rules lynching is occurring there. BJP has always been corrupt in ways and practice. And when we stand up for the justice we are suspended". 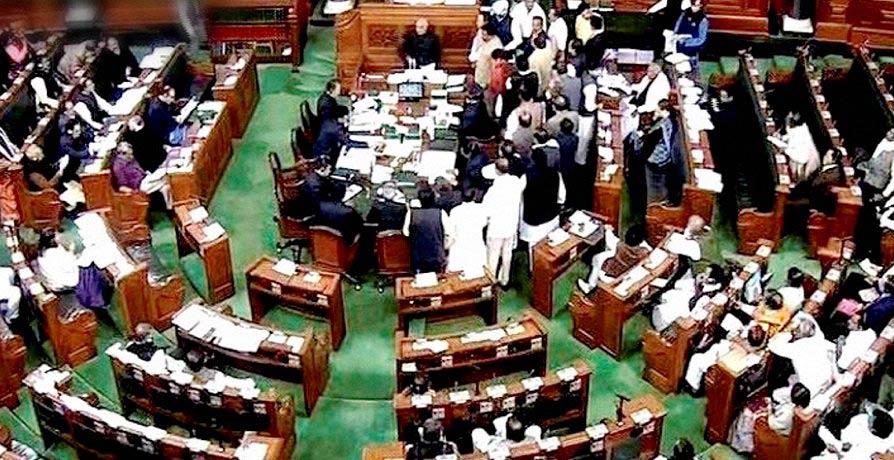 The members threw pieces of paper and disrupted proceedings during zero hour when mob lynching and Bofors scam was brought up.

The Speaker has suspended them and adjourned the Lok Sabha for the day.

Earlier today, the Opposition members demanded the Prime Minister Narendra Modi's presence to discuss the incidents of lynching in the name of cow protection.

Congress members tore and flung papers on the Chair and raised slogans against the government.

Even after the Speaker's repeated appeals for calm went unheeded and she adjourned the House for lunch. The ruling party members demanded the re-opening of the Bofors case. (ANI)