Trinamool Congress supremo Mamata Banerjee Friday claimed that the BJP will get a 'rosogolla' (zero) in West Bengal in the general elections, asserting that Prime Minister Narendra Modi's aim of winning a large number of seats will remain a day dream.

Balurghat: Trinamool Congress supremo Mamata Banerjee Friday claimed that the BJP will get a 'rosogolla' (zero) in West Bengal in the general elections, asserting that Prime Minister Narendra Modi's aim of winning a large number of seats will remain a day dream.

Banerjee said the the prime minister's promise of offering 'laddoos' to the voters of Bengal in both their hands will never be fulfilled.

Mentioning a popular Hindi adage, she said, "Delhi ka laddoo - jo khaya wo pastaya (whoever has eaten laddoos of Delhi has regretted), they will get a big zero in Bengal this time," she said at two election rallies in North Bengal's Dakshin Dinajpur district. 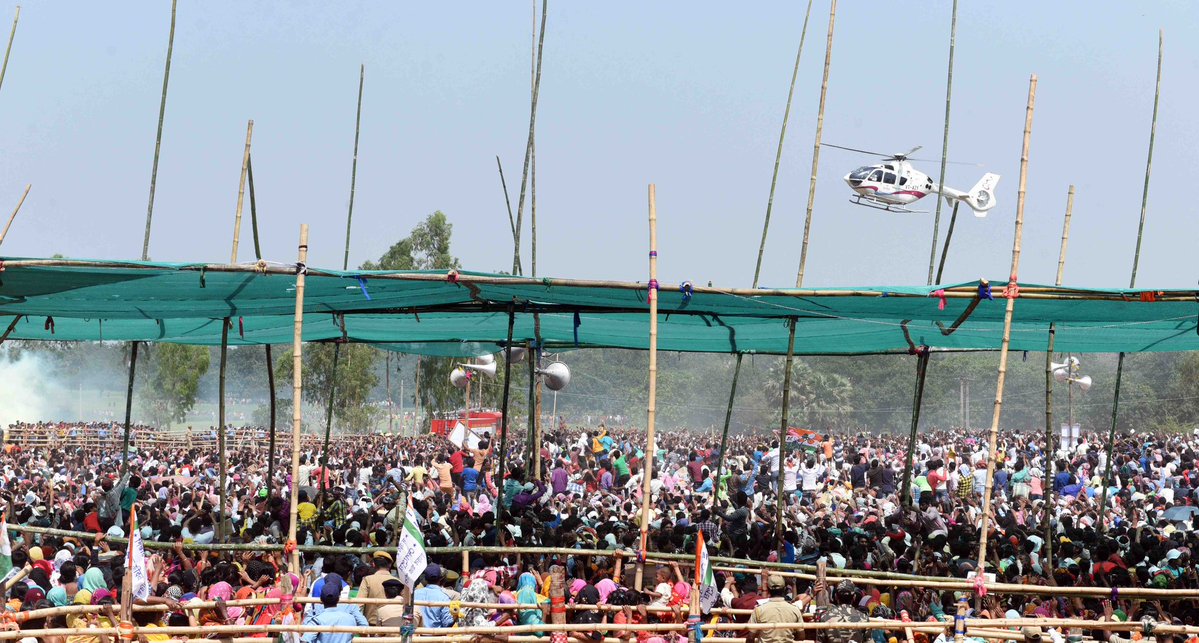 Before the 2016 Assembly elections in West Bengal, PM Modi had said in public meetings that if the people vote the BJP to power in the state, they would have 'laddoos' in both their hands, with one as the NDA government at the Centre and the other in the state.

Taking a jibe at the BJP's aim of winning at least half of the 42 Lok Sabha constituencies in the state, Banerjee said, "In 2014 they got two seats, they will get a rosogolla (zero) here this time."

Rosogolla, the famous sweetmeat associated with the name of Bengal, is also colloquially referred to when someone gets a zero in an examination. 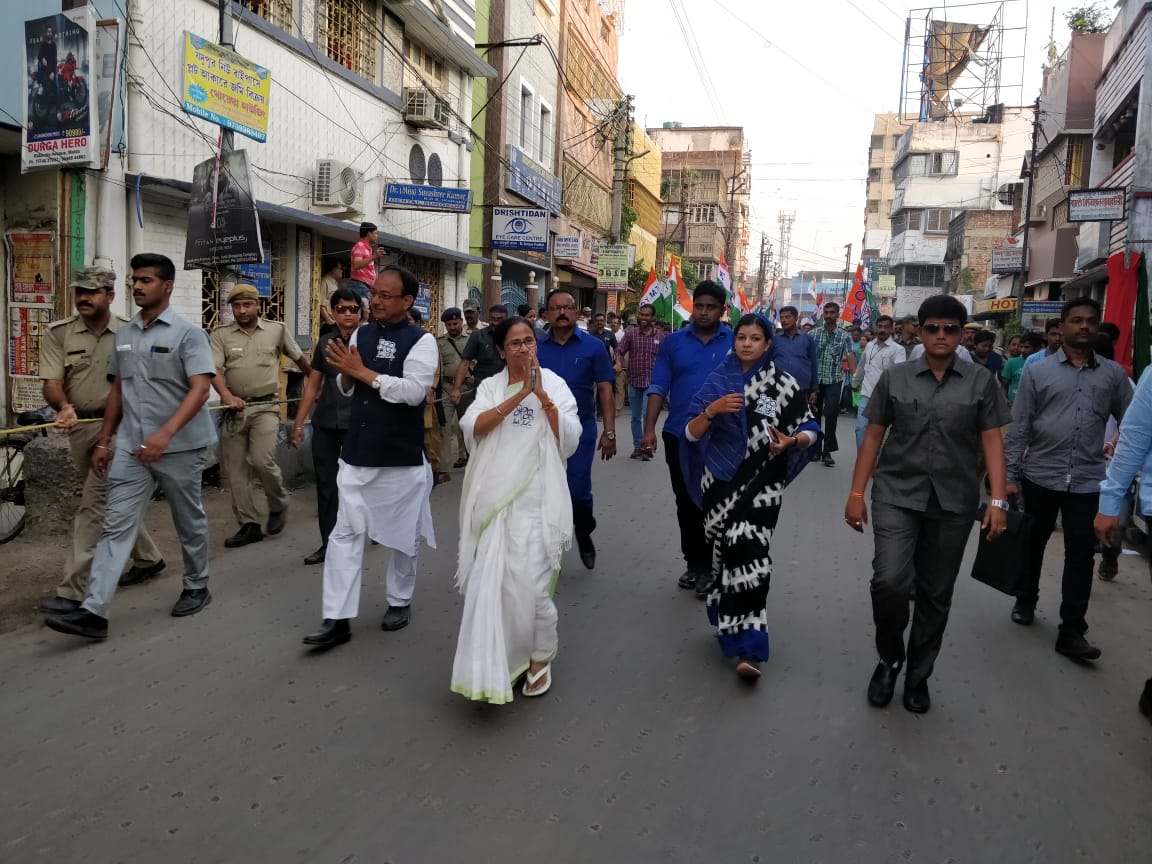 Asserting that the saffron party will not get past 100 seats across the country in the general elections, the TMC supremo claimed that in Andhra Pradesh, Tamil Nadu and Kerala they will not win any seat.

The minister, who is in-charge of the BJP's publicity committee, had on Thursday tweeted that "North East, Bengal and Odisha will be the biggest surprises of this Lok Sabha election."  Referring to Jaitley as the "kettle finance minister of the chaiwala prime minister," Banerjee said PM Modi "has got a biopic made in his name and what not for his publicity, only making shoes in his name is yet to be done." 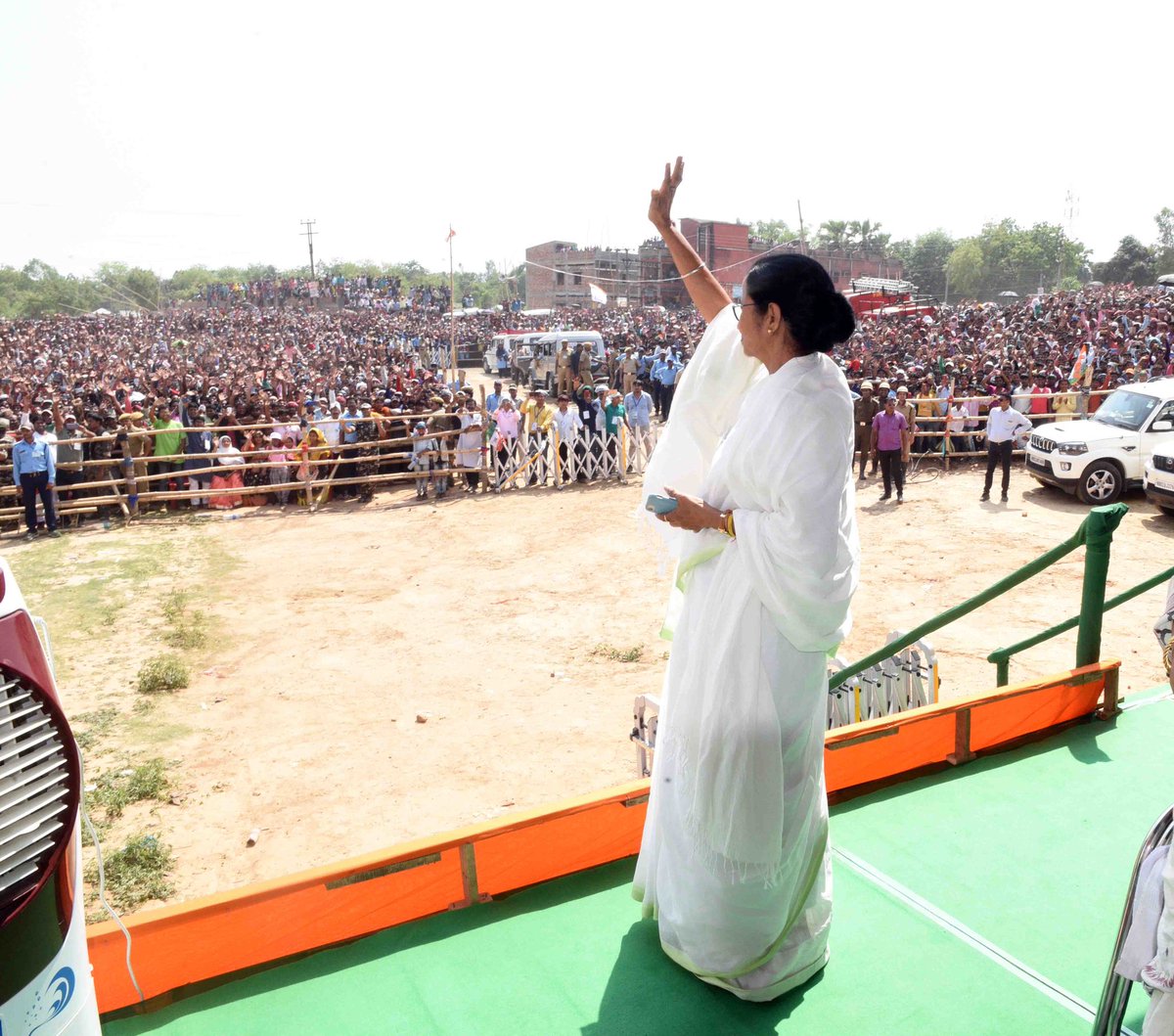 "Five years ago he said he was a chaiwala. Now he says he is a chowkidar. After losing the elections, what will be left with him is his chowki (cot in Bengali)," she said.

"Don't listen to the BJP. They will not come back to power tomorrow, then who will look after you," she told the central force personnel deployed for election duty in the state.