A minor argument took place between BJP's Maneka Gandhi and her Lok Sabha contest opponent of the SP-BSP alliance, Sonu Singh, on Sunday after the Union Minister alleged that Singh's supporters were threatening voters. 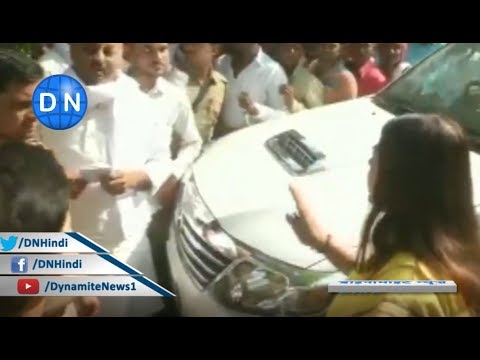 Sultanpur: A minor argument took place between BJP's Maneka Gandhi and her Lok Sabha contest opponent of the SP-BSP alliance, Sonu Singh, on Sunday after the Union Minister alleged that Singh's supporters were threatening voters.

In the spat, recorded on camera, the two leaders who are contesting from Sultanpur can be seen on either side of a Toyota Fortuner, pointing fingers at each other and talking.

Gandhi can be heard warning her political rival that his "bully-like" behaviour ('dabbangai') will not work, while Singh said that he has not done any wrong. Supporters of the 'gathbandhan' candidate raise slogans in his support towards the end of the video before the two leaders went their way. 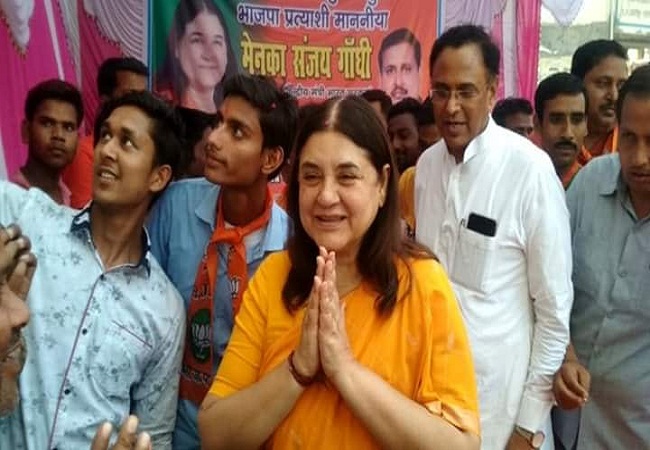 " We were here for the booth inspection and were taking care that there should not be any criminal element at or around the polling booths. One of the persons with Singh is absconding from the prison. These people are threatening and pressurising the people before voting. This is not at all right and acceptable. Everyone has the right to cast their votes freely and peacefully," Maneka Gandhi told.

Also Read: Polling commences on a brisk note for sixth phase in UP

Sonu Singh denied claims made by Gandhi, "The entire village is in my support. There is no point putting false allegation of threatening people. I am 100 per cent sure of my victory." the BSP leader said.

Gandhi is the sitting lawmaker from Pilibhit, this year, however, her seat was swapped with son and BJP leader Varun Gandhi who is the lawmaker for Sultanpur.

Today, Uttar Pradesh is witnessing voting for 14 out of the total 80 seats in the state. Overall, 59 seats across 6 states and the capital of Delhi are polling today, with the counting of votes scheduled for May 23. (ANI)