After treating the audience with their raw acting prowess in 'Badhaai Ho', actors Neena Gupta and Gajraj Rao have joined the cast of Ayushmann Khurrana-starrer 'Shubh Mangal Zyada Saavdhan'.


Mumbai: After treating the audience with their raw acting prowess in 'Badhaai Ho', actors Neena Gupta and Gajraj Rao have joined the cast of Ayushmann Khurrana-starrer 'Shubh Mangal Zyada Saavdhan'.

The upcoming film, which stars Ayushmann in the lead, will deal with the subject of homosexuality and the taboo around it. Indian film critic and trade analyst Taran Adarsh announced that the film will also star Neena and Gajraj.The duo, who played the role of Ayushmann's parents in 'Badhaai Ho', earned rave reviews for their performance in the film, which won several awards and honours last year.

The makers of 'Shubh Mangal Zyada Saavdhan' had released an animated teaser of the film on May 9, which is sure to grab your attention thanks to its creativity and how well it delves into the subject of homosexuality and the taboo surrounding it.

The 50-second-long teaser perfectly captures the evolution of love stories in India and how people are familiar with heterosexual relationships like Romeo-Juliet, Laila- Majnu, Mirza-Sahiba, Raj-Simran. A few moments into the teaser, we get to see love stories of homosexuals which existed in the society but were never known or talked about. 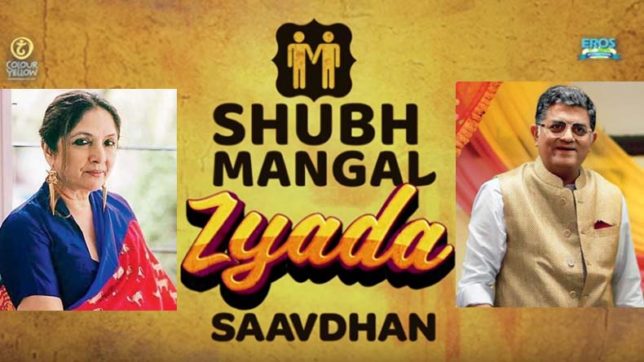 The subject of homosexual relationships was well handled this year in Sonam Kapoor starrer 'Ek Ladki Ko Dekha Toh Aisa Laga'. The audience now has grown receptive and open-minded to the idea of same-sex relationships on screen as more films are exploring the subject.

Directed by Hitesh Kewalya, the upcoming film is a sequel of 2017 blockbuster 'Shubh Mangal Saavdhan'. The much-awaited film is being produced by Aanand L Rai, who also bankrolled the prequel. 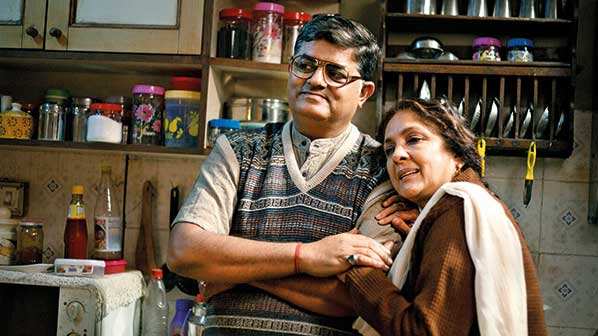 'Shubh Mangal Saavdhan' had received an overwhelming response from the audiences and critics alike for the way it dealt with a subject like erectile dysfunction. The film, helmed by RS Prasanna, released on September 1, 2017, and also starred Bhumi Pednekar.

The upcoming film is slated to hit the theatres on Valentine Day 2020 and will clash with Imtiaz Ali's next directorial featuring Kartik Aaryan, Sara Ali Khan and Randeep Hooda. Apart from this movie, Ayushmann will also be seen in 'Bala' alongside Yami Gautam and Bhumi Pednekar and 'Dream Girl' opposite Nushrat Bharucha. (ANI)