Muktinath: Prime Minister Narendra Modi on Saturday began the second day of his visit to Nepal with a tour of Muktinath temple.

He flew down in an IAF chopper to the hill-top temple situated in Mustang district, where he was greeted by Nepal's top-level officials. The entire temple premise was decorated with fresh flowers to welcome him. 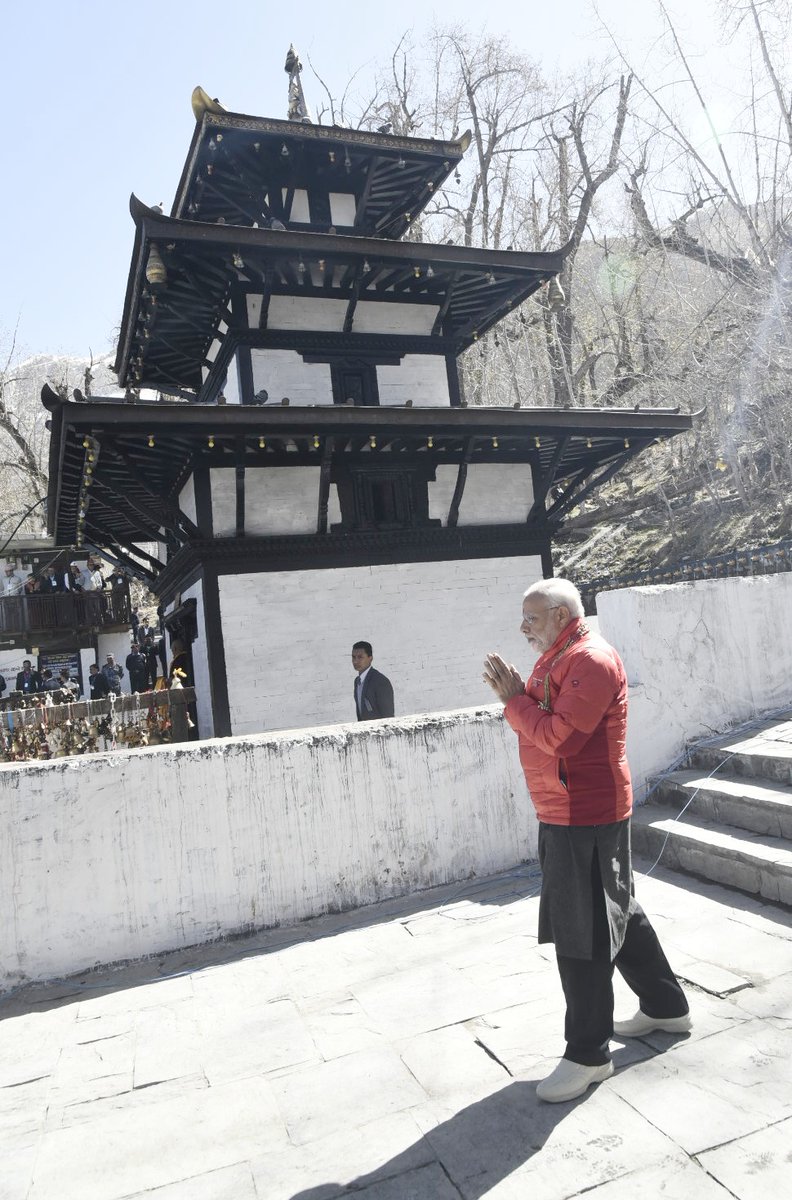 Prime Minister followed the local traditions and offered prayers to the deity. He participated in the customary rituals followed inside the temple with help of the priests.

Prime Minister Modi also met the locals who had gathered around the temple to get a glimpse of Prime Minister. They presented him with flowers and traditional stoles. Some also gave him mementoes.

He also greeted the local pujaris as he rung the traditional bells placed outside the temple. 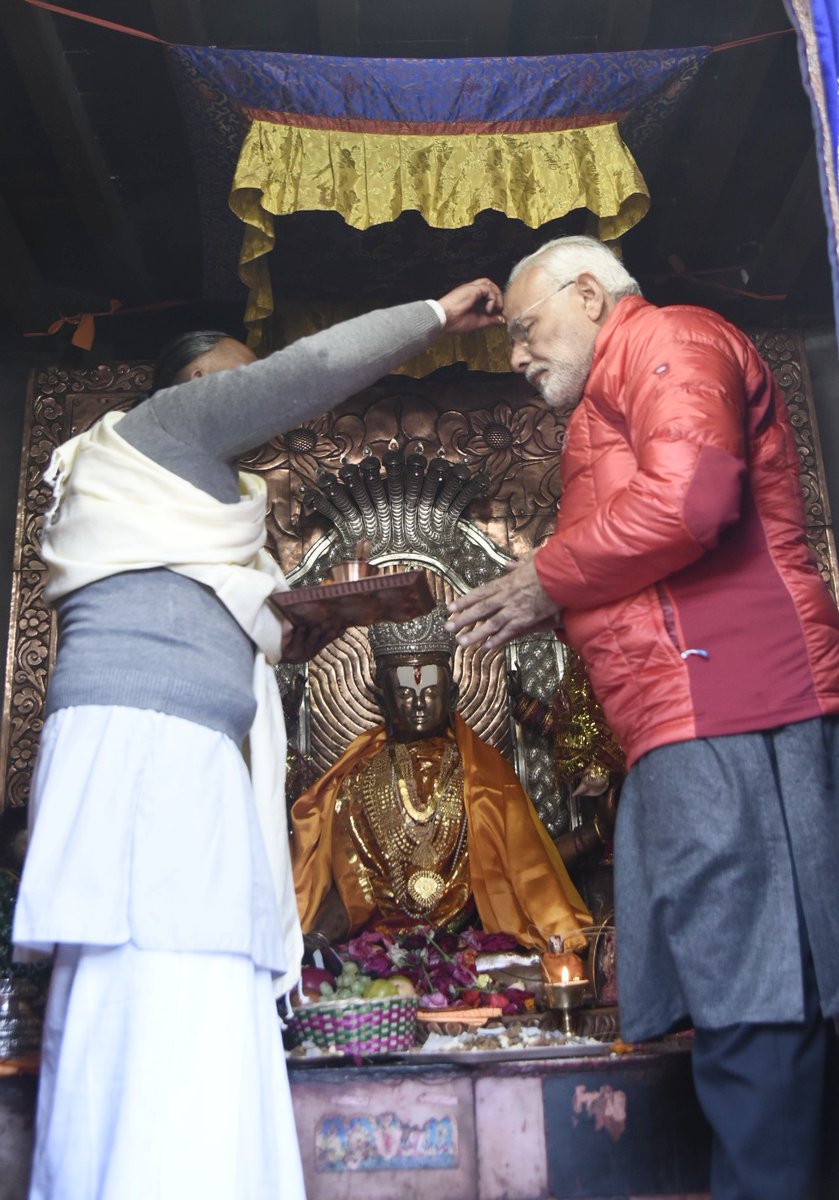 Prime Minister then conducted the ritual of beating the traditional drums along with the temple priests.

Hoardings were placed in the temples, hailing Indo-Nepal friendship.

Later in the day, the Prime Minister will fly down to Nepal's capital Kathmandu to visit the Pashupatinath temple.

While in Kathmandu, he will hold meetings with the Nepali Congress and some former ministers of Nepal.

Further in the evening, Prime Minister will emplane for New Delhi ending his two-day visit to Nepal. (ANI)