Actor-turned-politician Nusrat Jahan, who recently tied the knot with Kolkata-based businessman Nikhil Jain, took oath as a member of the Lok Sabha on Tuesday.


New Delhi : Actor-turned-politician Nusrat Jahan, who recently tied the knot with Kolkata-based businessman Nikhil Jain, took oath as a member of the Lok Sabha on Tuesday.

Dressed in a beautiful pink and white saree, wearing 'sindoor' with wrists full of bangles and hands covered in beautiful curls and swirls of henna designs, the Trinamool Congress (TMC) MP made her way to the mic to read out her oath. She opened her oath by greeting fellow lawmakers. "As-salamu alaykum, Namaskar," she said before proceeding in Bangla.

Trinamool Congress MP Nusrat Jahan: There are several things on priority. We will raise the first concern of our constituencies before the House tomorrow. We will put across our views there. pic.twitter.com/WE2go6QaC7

The TMC lawmaker later touched the feet of Speaker Om Birla and sought his blessings.  She was followed by her friend Mimi Chakraborty, who just like Nusrat, took the oath in Bengali.

The two had skipped oath-taking for Lok Sabha members on June 17 and 18 owing to Nusrat's wedding festivities in Turkey.

The celebrations took place in the Turkish town of Bodrum and were attended by close friends and family. 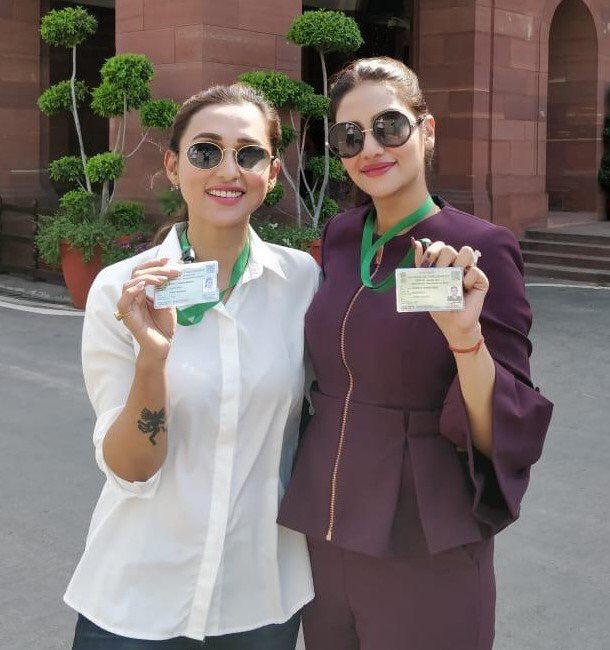 Jahan and her actor friend Mimi took the political plunge this year and won from Basirhat and Jadavpur parliamentary constituencies, respectively. Ever since their candidature had been announced by the TMC, both Bengali actresses were subjected to trolling and hatred on social media for having no political experience or credentials to contest polls.

Mamata to unveil strategy for next LS polls in TMC rally