Brazil and Paris Saint-Germain star Neymar was battling back from two injuries, not one, at last year's World Cup.

Rio De Janeiro: Brazil and Paris Saint-Germain star Neymar was battling back from two injuries, not one, at last year's World Cup.

In an interview with TV Globo on Sunday, Neymar said a problem in his right ankle was affecting his recovery in Russia, as well as the metatarsal fracture in the same foot that he had previously described.

"Besides the metatarsal, I had an ankle problem. I ruptured the ligament and the recovery was crazier because of this," the PSG striker said. 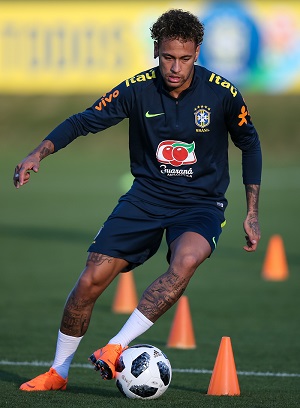 Neymar said the metatarsal injury did not unduly trouble him in Russia, but the ankle did.

"It is very annoying with the ankle, it takes a long time to get back to normal," he said.

Neymar is currently recovering from another metatarsal injury in his right foot that he sustained in January, and is expected to return to action next month.

FIFA takes measures to deal with racism ahead of World Cup