The Bihar Chief Minister said, "It was my duty to meet him and I expressed my respect to him."

Patna: While expressing his happiness on Bihar Governor Ramnath Kovind being nominated as the National Democratic Alliance's (NDA) Presidential nominee, Chief Minister Nitish Kumar said that a thorough discussion will be held on the matter within the Janata Dal (United) party.

Speaking to the media here after meeting Kovind, the Chief Minister said, "It was my duty to meet him and I expressed my respect to him."

However, he assured that a meeting will be held on the matter as well. 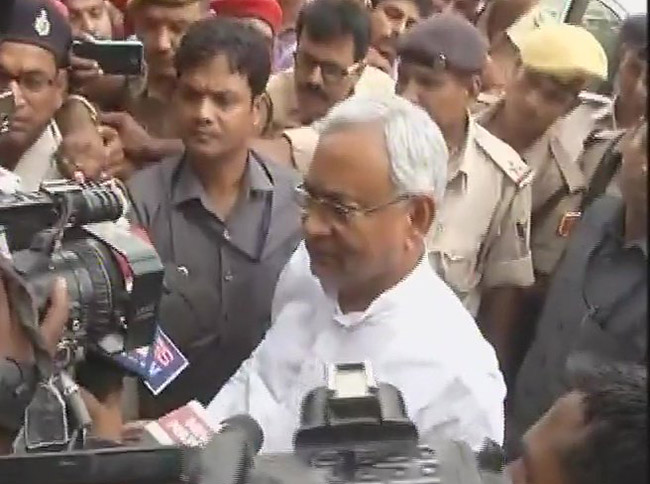 "I had a word with Laluji and Sonia Gandhi and there will be a discussion on this. I have told them about my views," he said.

Meanwhile, a livid Congress has said the decision was taken without their consensus. 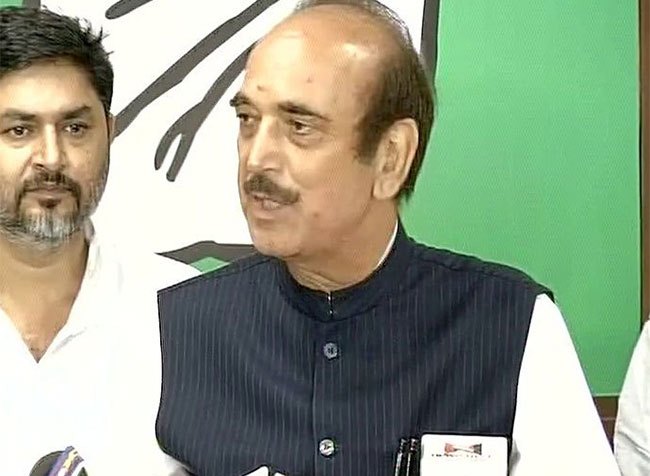 "During the meeting the senior leaders of the Bharatiya Janata Party (BJP) had said that they will inform us before any announcement for a consensus, but they informed us after taking the decision. The Centre apprised the senior leaders, Congress president Sonia Gandhi and Manmohan Singh about the announcement over phone after taking the decision. So there is no question of mutual consent. We didn't expect this from them," senior Congress leader Gulam Nabi Azad said.

Asserting that the decision was one sided and taken without mutual consent, Azad further said that the grand old party would not comment on NDA's Presidential nominee now and would meet on June 22 to formally discuss the matter.

Prime Minister Narendra Modi has Kovind and has said that with his illustrious background in the legal arena, the latter's knowledge and understanding of the Constitution would benefit the nation. 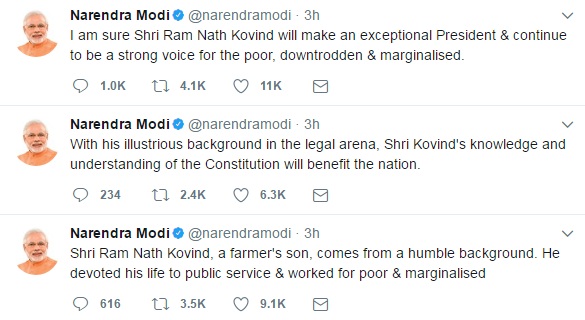 Prime Minister Modi took to Twitter and, in a series of tweets, said, "Shri Ram Nath Kovind, a farmer's son, comes from a humble background. He devoted his life to public service & worked for poor and marginalised. With his illustrious background in the legal arena, Shri Kovind's knowledge and understanding of the Constitution will benefit the nation. I am sure Shri Ram Nath Kovind will make an exceptional President & continue to be a strong voice for the poor, downtrodden and marginalised."

Earlier in the day, the NDA announced Bihar Governor Ramnath Kovind as its candidate for the upcoming Presidential polls.

The announcement was made in a press briefing by BJP national president Amit Shah.

Shah further said that the saffron party hoped that the Dalit nominee, Kovind, would remain unchallenged as the choice and would be unanimously selected as the President of India. (ANI)

BJP Parliamentary Board to meet to finalise prez nominee