ISRO may have lost Chandrayaan-2's Vikram lander and rover Pragyan housed inside it, a senior official of the space agency associated with the unmanned moon mission said here Saturday.

Bengaluru: ISRO may have lost Chandrayaan-2's Vikram lander and rover Pragyan housed inside it, a senior official of the space agency associated with the unmanned moon mission said here Saturday.

Also Read: There will be a new dawn: Modi on Chandrayaan-2

Earlier in the day, contact from the lander to the ground stations was lost during its powered descent to the Lunar surface minutes before the planned touch-down.

"Vikram lander descent was as planned and normal performance was observed up to an altitude of 2.1 km.

Subsequently, the communications from the lander to ground stations was lost," ISRO chief K Sivan said.

"The data is being analysed," he added. 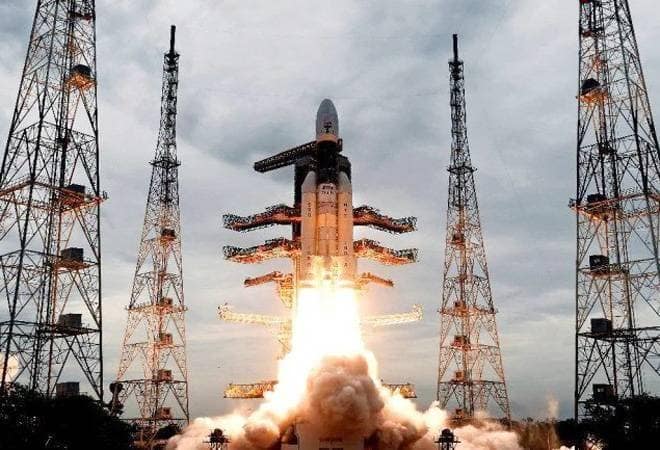 A senior official closely associated with the mission, said later: "There is no communication with the lander. It's as good as lost. There is no hope. Very, very difficult to re-establish contact". The 1,471-kg lander of Chandrayaan-2 -- first Indian mission to explore the lunar terrain with home-grown technology -- is named Vikram after Dr Vikram A Sarabhai, the father of the Indian space programme.

The lander was designed to execute a soft landing on the lunar surface, and to function for one lunar day, which is equivalent to about 14 earth days.

Also Read: Here is all you need to know about Chandryaan 2 and its significance

Chandrayaan-2's 27-kg rover is a six-wheeled robotic vehicle named Pragyan, which translates to 'wisdom' in Sanskrit.

It's designed to travel up to 500 metres from the landing spot on the Moon and leverage solar energy for its functioning. The lander carried three scientific payloads to conduct surface and subsurface science experiments, while the rover carried two payloads to enhance our understanding of the lunar surface, according to ISRO.

The mission life of the orbiter will be one year while that of the rover was to be one lunar day which is equal to 14 earth days.(PTI)