Over 2,750 admissions in DU on first day

Over 2,750 students got themselves enrolled in various colleges on the first day of Delhi University (DU) admissions on Friday, according to the data shared by the university.


New Delhi: Over 2,750 students got themselves enrolled in various colleges on the first day of Delhi University (DU) admissions on Friday, according to the data shared by the university.

As many as 1,496 admissions were approved, which means that the students were yet to pay the fees, officials said. They added that 2,758 admissions were done till 10 pm on Friday after the university announced its first cut-off with some colleges still compiling the lists. 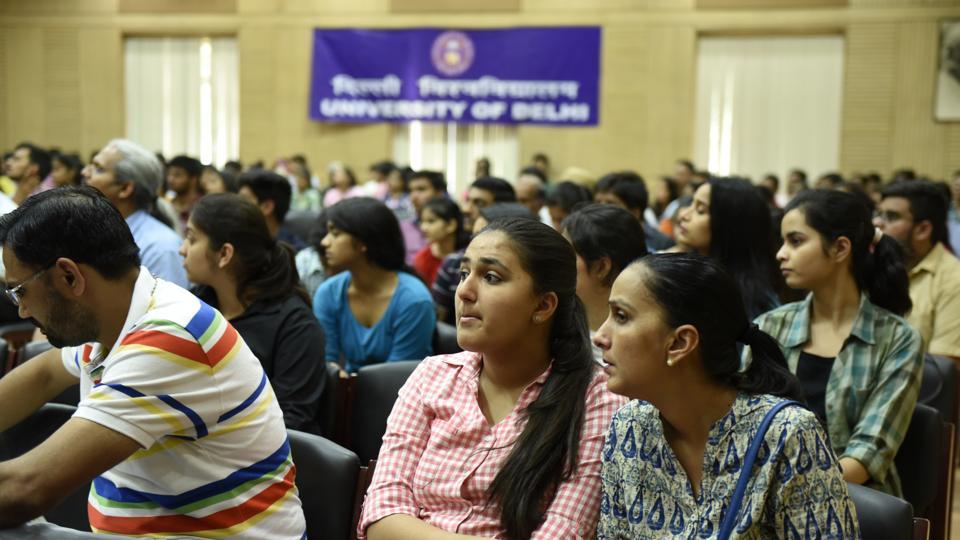 According to Anju Srivastava, principal of Hindu College, 310 admissions were done on Friday. Thirty-one students took admission to Political Science Honours, she said, adding that there were 43 seats under the course. Of the 63 seats available for BSc(Honours) Physics, 53 were filled, Srivastava added.

She said the accounts of all the courses were opened on the first day of admissions.

Suman Sharma, principal of Lady Shri Ram College, said there was an unprecedented response from students, adding that they were still compiling the admission data.

In Shri Ram College of Commerce, 75 admissions were done to BA (Honours) Economics out of 135 seats. In B.Com (Honours), 200 seats were filled of the 552 on offer. In Hansraj College, 89 students took admission to science courses while 79 took admission to arts and commerce programmes. (PTI)