On Saturday, the President and his wife Savita Kovind visited the Strahov Monastery in Prague, a library which has over 3,000 manuscripts and 200 thousand volumes of old books.

Prague [Czech Republic]: The Ministry of External Affairs (MEA) termed President Ram Nath Kovind's visit to Cyprus, Bulgaria and the Czech Republic as successful, adding that agreements were signed in the fields of energy, defence, and trade, among others.

Ruchi Ghanashyam, Secretary (West) in the MEA, said, "President Kovind's visit to the three countries were very successful. After the visit to Cyprus, Bulgaria and the Czech Republic, relations with these countries have become stronger with India. During the visit, there have been various discussions on mutual matters and agreements reached related to energy, environment, tourism, trade and investment, financial services and defence production."

On Saturday, the President and his wife Savita Kovind visited the Strahov Monastery in Prague, a library which has over 3,000 manuscripts and 200 thousand volumes of old books.

MEA spokesperson Raveesh Kumar tweeted, "#PresidentKovind visited Strahov Monastery of Prague and it's (a) library which holds over 3000 manuscripts and incunabula and 200 thousands volumes of old books including 9th century Book of Gospels printed on parchment." 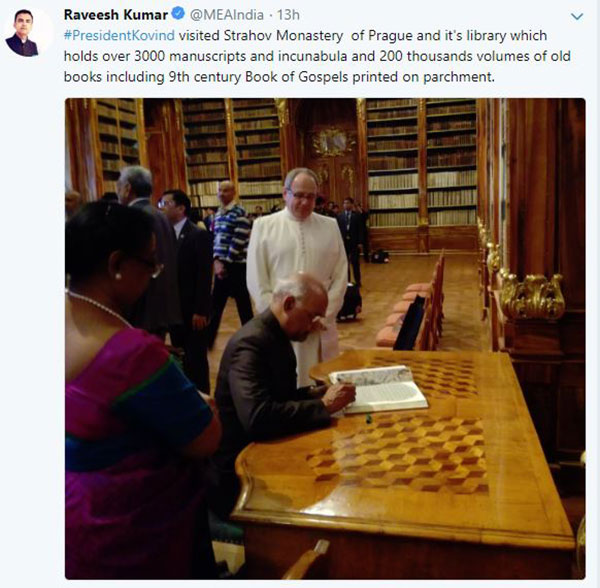 President Kovind also paid a visit to the Czech Academy of Sciences, a public research institution in the city. 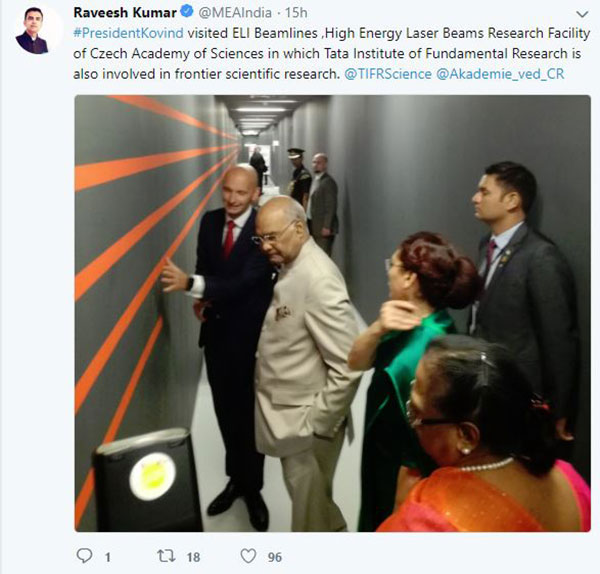 Before addressing a gathering of teachers, students, Indologists and faculty members at the Charles University, President Kovind was welcomed in four Indian languages - Hindi, Bengali, Tamil and Sanskrit by the students of the institution.

The President is scheduled to return to India later today. (ANI)

There is no place of poverty in 'New India', says President Kovind

President Kovind to give away National Safety Awards (Mines) on Thursday