Sharif, 69, is lodged in the Kot Lakhpat jail in Lahore since December last year, serving a 7-year imprisonment in the Al Azizia Steel Mills graft case.

He filed appeal earlier this month against a judgment by the Islamabad High Court which on February 25 rejected his bail on medical grounds in the same case.

A three-member bench of the apex court headed by Chief Justice Asif Saeed Khosa in a short order granted bail to Sharif for six weeks for his treatment.

But the court ruled he cannot go out of the country during this period.

Three corruption cases - Avenfield properties, Flagship investment and Al-Azizia steel mills - were registered against the Sharif family by the anti-graft body in 2017 following a judgment by the Supreme Court that disqualified Sharif in the Panama Papers case in 2017. 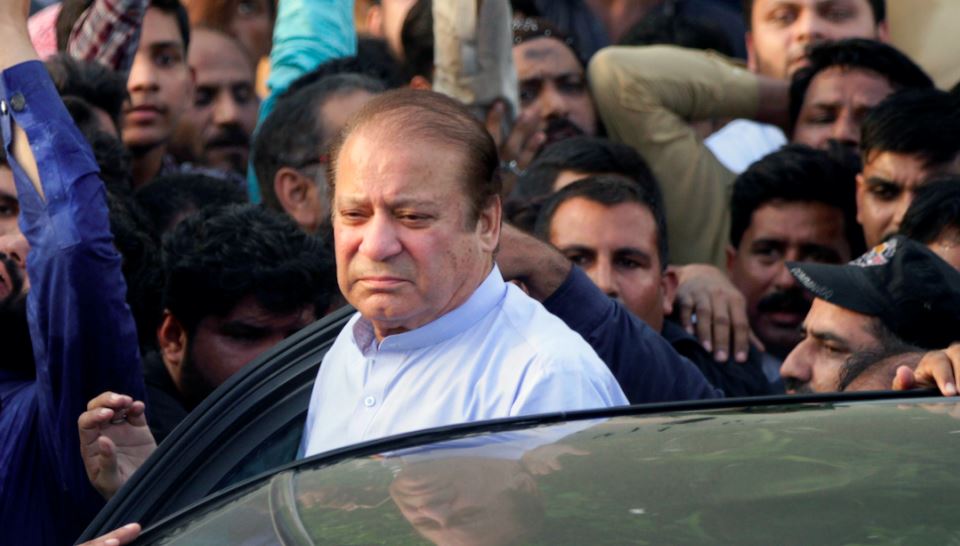 He was sentenced to 10 years in prison in the Avenfiled corruption case in July 2018 which was related to his properties in London. Later he was given bail in September.

In December, the accountability court convicted him in the Al-Azizia graft case but acquitted him in the Flagship corruption case.

The Al-Azizia Steel Mill case is related to setting up steel mills in Saudi Arabia allegedly with corruption money. (PTI)