At least 22 people, including three policeman and two children, were killed in a suspected suicide attack, which took place outside a polling station near Eastern Bypass in Quetta.

Quetta: At least 22 people, including three policeman and two children, were killed in a suspected suicide attack, which took place outside a polling station near Eastern Bypass in Quetta on Wednesday.

Apart from this, around 30 people are injured, the hospital sources confirmed the Geo TV. As per reports, the explosion took place near a police vehicle, which was on routine patrolling. "The suicide bomber blew himself up when police and FC personnel stopped him from entering the station," the police spokesperson said. 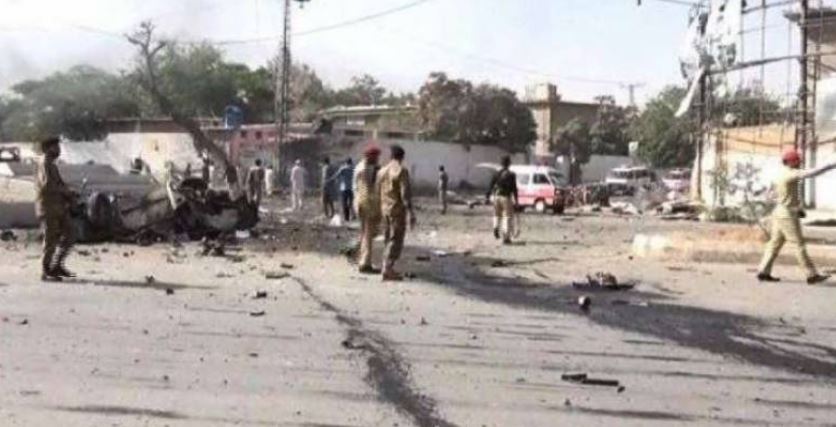 The injured were shifted to Sandeman Provincial Hospital for treatment and a state of emergency has been declared at the hospital, said DIG Abdul Razzak Cheema. Another explosion took place outside a polling station of NA-200 constituency in Sindh's Larkana city, which left five people wounded.

Polling was stopped at the booth following the explosion, which occurred near Shah Muhammad School. Meanwhile, in Balochistan's Dera Murad Jamali city, two people were injured in a firing incident. Seven people have been injured in clashes between two rival political groups at a women polling station in Khipro area.

The dispute started between voters of the Pakistan Peoples Party (PPP) and Grand Democratic Alliance (GDA) at polling station Yamin Hingorjo after a woman was stopped from casting her vote on technical reasons. Gandapur, a former agriculture minister in Khyber Pakhtunkhwa, was killed after his vehicle was targetted in a suicide attack in Kulachi. (ANI)

Over 300 killed in Somalia bombing