Vice President Mike Pence and Democratic challenger Kamala Harris will square off on Wednesday in their only debate, as President Donald Trump’s coronavirus diagnosis and the ongoing pandemic continue to roil the U.S. presidential contest.

Washington: Vice President Mike Pence and Democratic challenger Kamala Harris will square off on Wednesday in their only debate, as President Donald Trump’s coronavirus diagnosis and the ongoing pandemic continue to roil the U.S. presidential contest.

The televised clash comes at a precarious moment for the Trump-Pence re-election campaign, less than a week after the president announced he had contracted COVID-19 amid a White House outbreak that has infected numerous high-profile Republicans.

Former Vice President Joe Biden, the Democratic presidential nominee, is leading Trump in national polls, including an advantage of 12 percentage points in the latest Reuters/Ipsos survey of likely voters, with less than four weeks until the Nov. 3 election.

Late on Tuesday, the two sides were still arguing over Harris’ request for plexiglass barriers on stage to lessen the chance of infection. CNN reported that a member of the commission that oversees the debate said Pence would be permitted to appear without a barrier, while Harris would have one on her side of the stage if desired.

Both Pence and Harris, a U.S. senator, tested negative for the coronavirus on Tuesday. Current government guidelines call for anyone exposed to someone with COVID-19 to quarantine for 14 days regardless of test results. 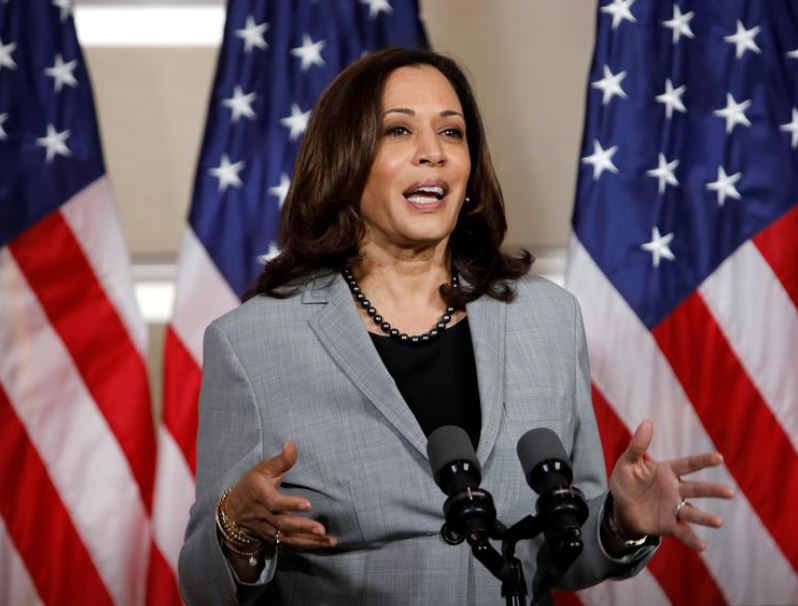 Pence’s spokesman did not respond to requests for comment.

In a statement, Harris spokeswoman Sabrina Singh said, “If the Trump administration’s war on masks has now become a war on safety shields, that tells you everything you need to know about why their COVID response is a failure.”

With two septuagenarians at the top of the ballot, the debate could take on greater importance than in other years, when the vice presidential match-up was largely seen as an afterthought to the presidential debates. Both Pence and Harris will seek to demonstrate that they can step into the Oval Office if necessary to lead the country.

Trump, 74, returned to the White House on Monday after three days in a military hospital. It is unclear when he will again be able to campaign. Trump has said he plans to participate in the Oct. 15 presidential debate.

The pandemic is likely to dominate the proceedings. Biden, 77, and Harris, 55, have made Trump’s handling of the disease the central theme of their campaign, blaming Trump for deliberately downplaying the health risks and failing to endorse mask-wearing.The 61-year-old Pence, who headed up the administration’s coronavirus task force, will defend Trump’s response to the virus, which has killed 210,000 Americans and decimated the U.S. economy even as other wealthy nations have managed to get the disease under control. (Reuters)

US VP Debate: Temperatures soar as Harris, Pence attack each other on COVID-19 handling